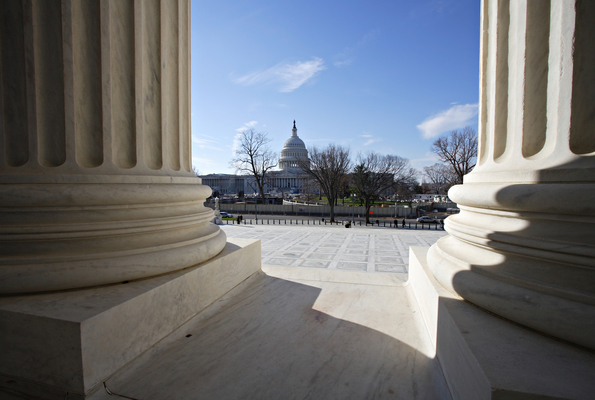 The idea of checks and balances is usually considered in the context of the various branches of the federal government. The judiciary balances the legislative which balances the executive and vice versa.

The principle reason for this approach was the belief that tyranny results when any group or individual wields too much power.

Why did they think this? They believed what the Bible and common sense both say about mankind— we are all sinners.

James Madison summarized this view in Federalist No. 51:

When the President (or other members of the executive branch) holds legislative power, the potential for abuse is great. We have the entire Code of Federal Regulations as a demonstration of this abuse of accumulated power. It is tyranny because it contains thousands of laws not made by Congress.

All branches of the federal government exercise power in a similarly improper fashion.

Congress makes laws on subjects that were exclusively left to the states.

The Supreme Court makes laws by de facto amendments to the Constitution when it creates rights not found in either the text or our history.

And in addition to all the executive orders and administrative regulations, the executive branch has made thousands of treaties with other nations without ratification by the Senate. The State Department calls them “executive agreements” to avoid calling them treaties because treaties must be ratified. In international law they are called “treaties” because that’s what they are—legally binding agreements between nations.

As you can readily see, all violations lead to essentially the same result—we have more federal laws from every branch than the Constitution permits.

If you feel like we are drowning in federal control of our lives, this is why. If you want to know why the federal government is so expensive, this is why.

Rather than checking and balancing each other they have colluded to simply amass more federal power and share it among themselves.

But why didn’t the Founders give us a check against too much federal power?
Well, they did. But fear has kept us from using it.

Freedom requires a limited government with strictly observed checks and balances. We are losing our freedom because men love power more than they love either the people or freedom once they cross the Potomac.

Want to help shrink federal power? Join the Convention of States team in your state.