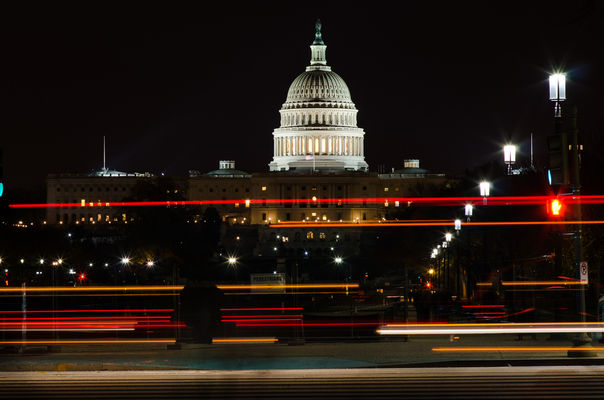 It happened just as liberty-loving Americans feared it would.

Former President Obama’s federal power grab -- aka “Obamacare” -- is imploding. Premiums are skyrocketing for middle class Americans, and the individual mandate has forced thousands of people into the health insurance market against their will. The Affordable Care Act represents one of the worst instances of federal overreach in decades, and its favorability ratings are abysmal.

And yet, despite majorities in the House and the Senate, Republicans failed last week to repeal Obamacare. The Affordable Care Act is now the “law of the land” and will remain so “for the foreseeable future,” according to Speaker Paul Ryan.

Robert Eno at the Conservative Review hit the nail on the head in his column on Monday. What he says about Ryan could also be applied to many other members of Congress as well:

But it is not the Freedom Caucus that is to blame for the failure to repeal Obamacare, it is Paul Ryan and the bait-and-switch caucus he leads. Paul Ryan campaigned to fully repeal Obamacare, but when it came time to put up a bill, it ended up being a giveaway to the insurance industry that tried to fix Obamacare, rather than repeal.

Ryan blames “governing” vs being the opposition, but that’s a fallacious canard. The favorite phrase of those that don’t want to follow through on their campaign-trail promises is "but we have to 'govern.'"  It’s as if the only way to “govern” is to grow the size and scope of government, which is exactly what the American Health Care Act would have done.

It didn’t have to be this way.  Ryan could have easily brought up the 2015 Obamacare reconciliation bill that ultimately passed both chambers of Congress in January of 2016, with almost every single republican voting for it. By not doing so, Ryan let us all know his dirty little secret. He didn’t mean anything he said during the last seven years of campaigning.  What Ryan means by, “being the opposition is easy,” and “governing is hard,” is that when there’s no chance of what you are supporting becoming law, it is easy to act the way the people who sent you to Washington want.  But when it really matters, it’s the lobbyists, and inside-the-Beltway interests that get their way.

That’s why millions of patriots have joined the Convention of States Project, a nationwide grassroots movement to call an Article V amendments convention.

At such a convention, the states can propose constitutional amendments that limit the power of the federal government. These amendments can clarify Washington’s limited role in Americans’ daily lives, and give the states a real recourse when the feds overstep their constitutional bounds.