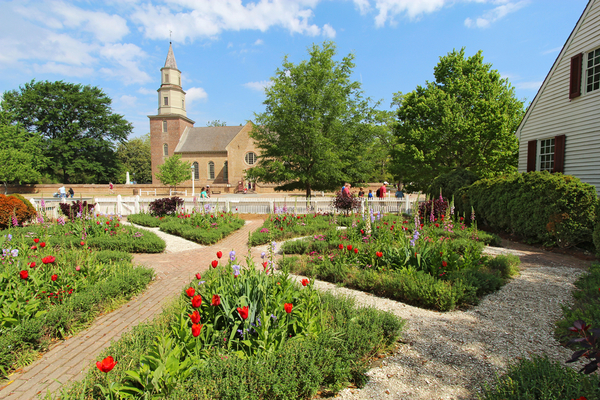 WASHINGTON, D.C., Aug. 29—Republicans have convened, Democrats have convened and now it is time for the States to convene. Citizens for Self-Governance is sponsoring an Article V simulated convention of states September 21-23, in Colonial Williamsburg, Virginia, where legislators from all 50 states acting as commissioners will perform a test run of an actual Article V convention.  This first-ever, simulated Article V convention for proposing amendments is to demonstrate to the nation not just that it can work, but why this is necessary for the country—with the public confidence in Congress dipping below 20%.

“What America needs right now is more than a change in personnel; we need a change in structure,” explains Michael Farris, co-founder, Convention of States Project. “The Founders understood the importance of structure and they gave that power to the states in Article V so that when the federal government overstepped its bounds, we the people through our legislatures could recalibrate it.”

State delegations will focus their efforts on proposing amendments related to the subject matter resolution, to “impose fiscal restraints on the federal government, limit the power and jurisdiction of the federal government, and set term limits for its officials and for Members of Congress.” Legislators will be advised by Former Sen. Tom Coburn and grassroots leader Mark Meckler, among others.

“Using Article V to rein in the federal government is exactly what ‘we the people’ are supposed to do.” Said Mark Meckler, President, Citizens for Self-Governance. “An amending convention will hold the federal government to a new standard with amendments that may include a balanced-budget amendment that uses generally accepted accounting principles, as well as ensure that the Commerce Clause and General Welfare Clause are interpreted based on original intent.”

Former Sen. Coburn, a senior adviser of the movement, said, "This convention comes at a crucial time for our country.  Americans rightly have lost confidence in the federal government and realize we must act to protect against additional illegitimate executive orders, attacks on the Bill of Rights, and continued irresponsible spending and waste in Washington.”

Draft convention rules crafted by the world’s leading Article V scholars, Robert Natelson and Michael Farris will enable commissioners to preview how a convention of states works, from the procedures to rules to possible amendments. Natelson* points out that “the Framers inserted an amendment process into the Constitution to render the system less fragile and more durable. They saw the amendment mechanism as a way to correct drafting errors; resolve constitutional disputes, such as reversing bad Supreme Court decisions; respond to changed conditions; and correct and forestall government abuse.”

In 1781, General George Washington convened the Continental Army in Williamsburg to prepare for the battle of Yorktown—the turning point in the American Revolution. Citizens for Self-Governance will mark a new turning point in the modern day fight for liberty 235 years later intending to revitalize a nation, rein in a federal government run amok, and to restore the principles of self-governance to our nation.

Convention of States leadership will host a series of Facebook live events starting Tuesday, August 30, 2016, at 9:00 p.m. (EDT) on the Convention of States Project Facebook page. Mark Meckler and Michael Farris will discuss how the simulated convention will change the fight forever and show activists how to get involved ahead of the Williamsburg event.

*Natelson article, “The Lamp of Experience: Constitutional Amendments Work” can be found here.

About the Convention of States Project: