Convention of States (COS) in cooperation with the Charlevoix Rod and Gun Club held a popular primary candidate forum at the Charlevoix Public Library on Sunday, May 15. The large audience listened to an overview of the day by Bill Conklin of the Charlevoix Rod and Gun Club and was introduced to Catherine Zemanek (Regional Director) and Bruce Finlayson (Region 3 Director representing northern Michigan). Bruce and Catherine described the purpose of Convention of States and debunked the lies that circulate among those afraid of returning the power to the people. 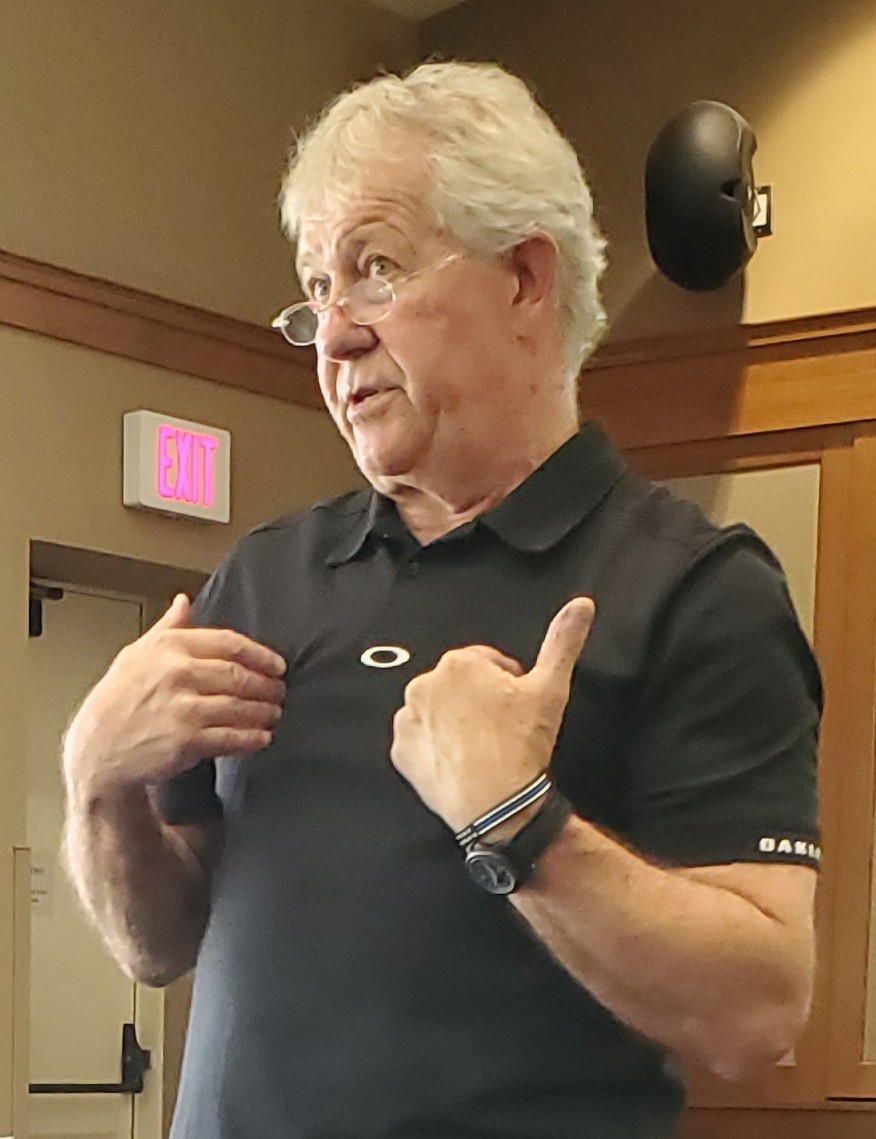 The agenda for the afternoon allowed candidates running for office in the Republican and Democrat state primary  in the 107th District to speak.

Our master of ceremonies, Bill Conklin, asked the best questions of all the candidates. Speaking individually were Parker Fairbairn, Neil Friske, David Lochbaum, and Johnathan Scheel. The common theme from all the candidates was pro-business, free enterprise positions – although each had a bit of a different approach based on their background, experience and education.

The first speaker was 22-year-old candidate Parker Fairbairn, who graduated from Northwood University. Parker asks young people to get involved in order to keep government  small. Neil Friske, whose family has been in the farming business for years, is advocating for parent and family involvement in education and the adoption of vouchers for school choice. David Lochbaum, from Pellston, is an advocate for free enterprise and religious rights. Jonathan Schell, of Petoskey, discussed the current movement to destroy markets and instead encouraged the state to move businesses back to Michigan. Each of the candidates answered questions and stayed to discuss their platforms.

Next, the candidates for Michigan's 37th Senate seat presented their platforms. Triston Cole, who was previously a Michigan representative, talked about the impact of federal rules on the state. He also talked about the importance of relationships in the legislature because even with the combined efforts of all Northern Michigan senators, their concerns are not enough to outweigh the proposals of the Detroit area senators.

George Ranville, a small business owner with a strong background in aviation intelligence, talked about the number of regulations that businesses face, the need to reduce these regulations and our need to also fight communism. William Hindle, another small business owner, is pro-life and advocated for election integrity and for freedom of medical information. John Damoose, who was unable to attend in person due to his daughter’s graduation, was introduced by a representative. Trucker Randy Bishop, who's running as a Democrat candidate for the 37th Senate District, has a radio program and presented his platform, calling for the end of utility monopolies, the end of state income tax and the end of overreaching DNR and DOT processes.

The presentation on Convention of States (COS) was not only helpful but pivotal. People recognize the COS Article V approach as an important next step for the power to be returned to the states and the people.

We were reminded by most speakers that the abuse of power by the federal government is unconscionable and that term limits on representatives has worked in Michigan and could help in Washington. There was also a consensus that the current spending in Washington is out of control with no end in sight.

The audience thanked the Charlevoix Rod and Gun Club as well as Convention of States for co-hosting this important event.