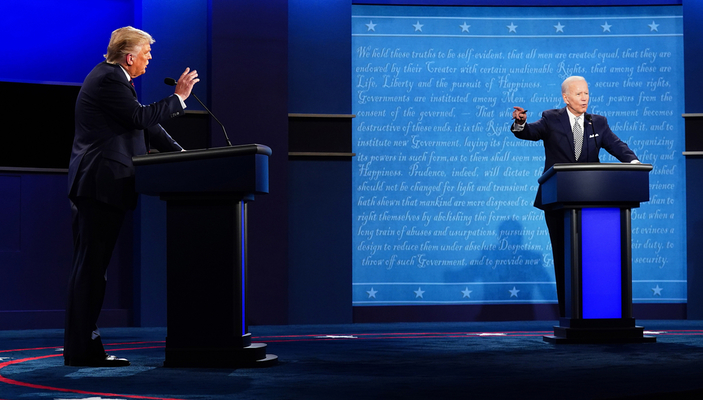 During his last weeks in office following the 2020 election, President Trump proposed $27.4 billion in budget cuts to a laundry list of federal agencies. The move was mostly symbolic: he still needed Congress' approval, and he was set to leave the White House soon.

But President Biden isn't willing to move forward with even those modest cuts to the national budget. His administration just announced yesterday that he is rescinding Trump's 73 proposed budget cuts and restoring full funding to all federal agencies.

The agencies include the departments of:

Isn't this how "budget cuts" usually play out? Republicans make a minimal effort to spend less taxpayer money, only to have Democrats block their efforts. Democrats don't even pretend to want to spend less money even as our country drowns under $27 trillion in debt.

We can't keep hoping Congress will get its act together. We must force them to cut government waste, balance the budget, and get the national debt under control.

If you're worried about the national debt, but don't believe Congress will ever act to fix it, you've come to the right place. There are over 5 million Americans across the country who have voiced support for this movement, and you can join them! Simply sign the Convention of States petition below.