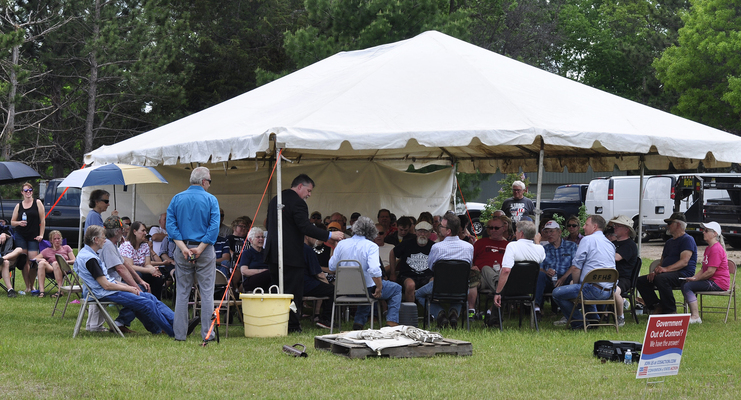 Two town halls in one week is a lot of work.

The Minnesota Convention of States team deserves a ton of credit for holding a town hall in Duluth on Monday, May 17, and then another one in Isanti on Saturday, May 22 (especially the Call Commandos who make calls before each event)!

The Minnesota team planted seeds at each town hall which resulted in another 16 petitions signed. The larger event, Isanti, also recruited a new volunteer.

While the event in Duluth was smaller, it shows the reach of the COS movement in Minnesota is both far and wide. Like many of the early talks by the Founders in planning for American independence from Great Britain, this town hall was held in a pub.

Here is a shot from the Duluth event:

The Isanti town hall took place outside. Guests packed like sardines under a canopy providing shade, enduring hot weather throughout the event– and all to hear the message of freedom and hope which only a Convention of States has to offer.

Supportive MN legislators showed up at the Isanti town hall. Clearly, the grassroots movement effectively draws legislators to the cause. 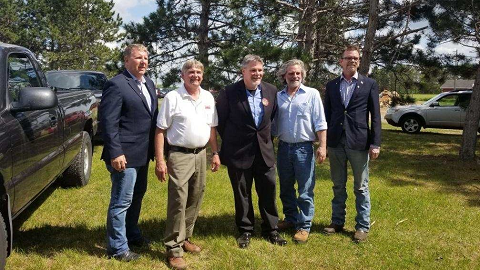 Gratitude goes out to all on the MN team, who made these two back-to-back events come to fruition. There is a lot of work ahead of us, but as the town hall engagement shows, there is also a great hunger for restoring the liberty of self-governance only possible under a constitutionally-limited republic.

Timeless principles were relied on in the initial forming of the United States of America. Current events reveal we've drifted very far off of that original course set by the founders.

Here in Minnesota, we are motivated to continue growing the grassroots movement to that effect. Thanks again to all who help make these town halls possible.

Our Mission: To build a strong, engaged army of self-governing, grassroots activists.