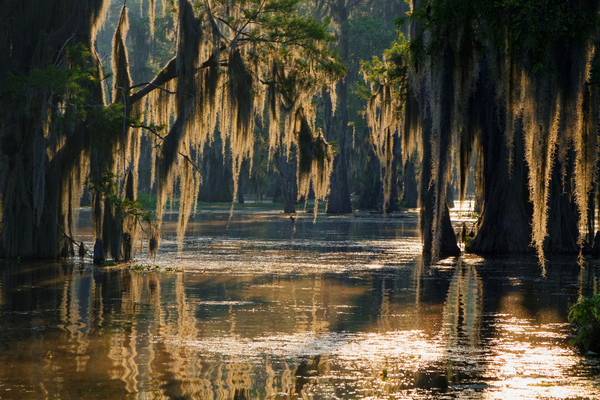 The Republicans' new healthcare plan -- the "American Health Care Act" -- isn't quite what voters expected from politicians who promised to repeal Obamacare.

In fact, many of its provisions look remarkably similar to the current health care law. The similarities between the two federal plans are causing some people to wonder whether the GOP is serious about their promise to "drain the swamp."

As Erick Erickson over at the Resurgent explains, the American Health Care Act could also be called "swampcare":

In enacting their swampcare alternative, Republicans will scuttle all the things people have hated about Obamacare, but they will not restructure the legislation to save money. The Republicans’ plan will wind up costing taxpayers even more. On top of that, they are not really even getting rid of the individual mandate. Under swampcare, instead of paying the government a fine for failing to get insurance, people will pay insurance companies a penalty if they cancel insurance then get new insurance later. The constitutionality of that provision alone is dubious.

Swampcare violates core Republican promises going back to 2010. Republicans have taken to noting how many times they have voted to repeal Obamacare, but those times did not really count and they know it. In 2015, Republicans structured a comprehensive plan to roll back Obamacare. Every Republican supported that legislation. Now many of the same Republicans who supported the 2015 plan are refusing to support it again. They know that now it could become law.

The reality is that if Republicans pass swampcare they will be breaking all their promises made in the last seven years. If they do nothing, they will also be breaking all their promises. But if the Republicans do nothing they will not have to own the collapse of Obamacare. The system will collapse. The spending will eventually explode. The insurance companies involved are fleeing Obamacare. None of that is the Republicans’ fault. But the moment they pass swampcare it all becomes their fault and Democrats can abdicate responsibility.

Republicans are proving, once again, that federal officials are more concerned with their political careers than the well-being of the American people.

Federally regulated health care is a disaster. Republicans know it, but instead of deregulating the health care system they've just introduced different regulations.

The American people are tired of trusting Washington to keep its promises. That's why millions of Americans have turned to an Article V Convention of States.

A Convention of States can propose constitutional amendments that force the feds to deregulate many areas of American life. These amendments can limit the power and jurisdiction of the federal government, force Congress to be fiscally responsible, and impose term limits on federal officials.