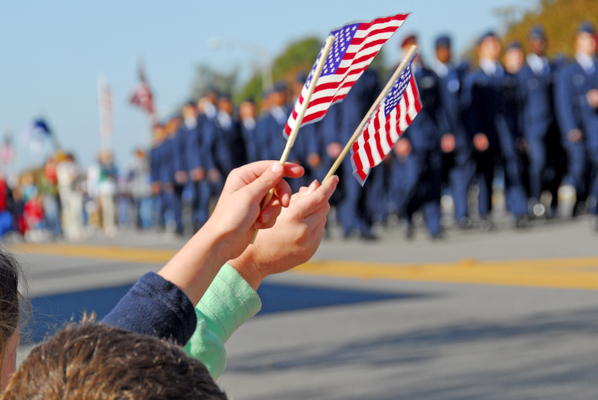 The Convention of States (COS) Project is pleased to announce the Veterans for Convention of States Coalition, a rapidly growing organization of military veterans from all 50 states who strongly support the calling of an Article V Convention of States to propose amendments, under a limited subject-matter application, calling for fiscal restraint, limits on the authority and jurisdiction of the federal government, and term limits on federal officials.  Every state will have a COS Veterans Coalitions Director, responsible for outreach and activism uniting veterans interested in restoring the Constitution and rule of law.

Major General Paul Vallely, United States Army (ret) and founder of Stand Up America, states "the COS Project is a very worthwhile endeavor to save our American republic.  All veterans who swore an oath to protect and defend the Constitution of the United States need to get involved with this project and support it to the hilt.  I am very pleased to join with other veterans in support of this critically needed effort."

Brigadier General Blaine Holt, United States Air Force (ret) and Texas COS Veterans Coalitions Director states “My solemn oath to support and defend the Constitution did not expire the day of my retirement from the Air Force.  A Convention of States (authorized in Article V of the Constitution) is the way for veterans of all services to positively address the rising attacks on our Constitution, republic, indeed, freedom itself from all enemies foreign and domestic.  Our nation needs its veterans, now more than ever... join us today.”

“Launching a veterans coalition is a natural next step for us, as we already have thousands of veterans who have risen as leaders in their communities within the Convention of States movement,” said Mark Meckler, co-founder of the COS Project. “It is an honor to work with these men and women who have sacrificed and pledged their lives for a cause greater than themselves—and we appreciate them being part of restoring the Constitution and our nation.”

An Article V Convention of States provides a means for the people through the states to reassert their rightful place in America’s governing structure and recalibrate the balance of power between the states and federal government. Called at the request of 34 state legislatures, a Convention of States can be limited to proposing constitutional amendments that fall under the COS Project application.

"Veterans looking for a way to help change things for the better in America need look no further than the COS Project", says Mike Kipp, United States Navy veteran and former member of the Underwater Demolition Teams, SEAL Team member and Utah COS Veterans Coalitions  Director.

Many well-known and respected Americans also support the convening of a Convention of States to include late Supreme Court Justice Antonin Scalia, Senators Ron Johnson and Tom Coburn (now COS Project senior adviser), Colonels Allen West and Bill Cowan, Chuck Norris, Mike Huckabee, and many others.