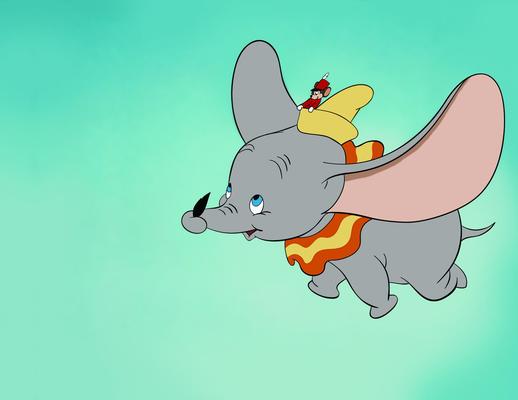 At the climax of the classic Disney film “Dumbo,” the elephant discovers that his power to fly does not depend upon the magic feather at all. He realizes that he has had the power all along, thanks to his enormous ears.

Sadly, many Americans today suffer from the Dumbo Syndrome. We look at our community and see challenges like poverty, hunger, mental and physical illnesses, and broken family structures – and then we look elsewhere for someone or something to provide solutions. More specifically, we tend to think of government as the magic feather we require to better our communities and address local problems.

A recent Washington Post article provided the latest example of this phenomenon. It lamented that a federal funding initiative known as 21st Century Community Learning Centers, which supports after-school programs for an estimated 1.6 million kids nationwide, is “on the chopping block, threatened by President Trump’s proposal” to cut the funding.

Now, it is undeniable that the needs these programs meet are significant. Children with working parents need a safe place to spend time after school until their parents get home. Some of these kids may need tutoring their parents are unable to provide. Maybe they also need a healthy snack, a few more caring adults to mentor them and the space to get some exercise. After-school programs have the potential to meet all these needs.

But noticeably absent from the news story was any discussion of exploring private alternatives.

Way back in 1860, three women in Hartford, Connecticut, saw the same needs. They saw ill-mannered boys wreaking havoc on the community as they roamed the streets – and they decided to do something about it. Thus, Boys & Girls Clubs of America was born. Its primary mission was character development, which led to improved behavior, higher achievement and, ultimately, stronger communities.

The simple logic and proven effectiveness of the program is undeniable. According to BGCA’s 2015 Annual Report, an astounding 3.82 million kids benefited from this organization pursuing its mission to “enable all young people, especially those who need us most, to reach their full potential as productive, caring, responsible citizens.”

Programs like these are the crowning jewels of any community. They represent the very best of us. The question before us today is: Can we make these programs fly without the magic feather of Uncle Sam’s funding?

It is certainly possible to operate an after-school program without federal dollars. A local church, for instance, can operate a small, volunteer-based program as a way of loving the children – and their parents – who are its neighbors. Church members can donate food and supplies.

The three Connecticut women who founded BGCA surely weren’t cashing in any checks from the U.S. Treasury in 1860. And while today the national organization receives around 17 percent of its funding from the government, it receives far more from the impressive list of businesses and private foundations that support its noble efforts.

We need to remember that the federal dollars spent on these programs are dollars that came from the people and businesses of our communities. Many of them will gladly give directly to compelling, community-based programs. We should strive to rely more upon their generosity and less upon expectations of public funding – which invariably comes with red tape and strings attached. We also need to shift toward less reliance on federally funded staff and capitalize upon the service-minded volunteers in our own neighborhoods.

All around us, there are retired teachers, bankers, doctors, salesmen, scientists and empty-nesters. These citizens should be encouraged to impart their life experience to the next generation through the mentoring and relationship-building that occurs in these programs. I am convinced that many of them would jump at the opportunity to be of service, if we just convinced them that no special qualifications were needed to hang out with kids for a couple of hours.

All around us, there are high-school and college students who not only have time available to help younger kids, but also benefit from learning more about the people in their neighborhoods and understanding how a community-based service program operates. As these young people serve their neighbors, they develop a lifestyle of service and build their own character along the way.

The real force behind Americans’ ability to improve our communities is a combination of charitable instincts and entrepreneurial spirit – not Uncle Sam. It’s time to shake off the Dumbo Syndrome, let the federal funding feather go, and realize we can fly on our own power.

Rita Dunaway is a constitutional lawyer and National Legislative Strategist for the Convention of States Project.