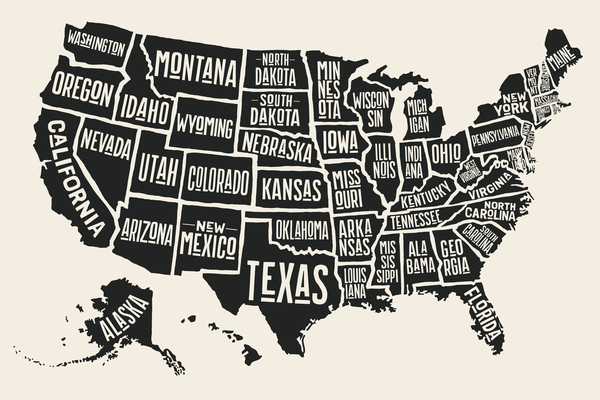 It is so often said that the nation is “divided,” or “polarized.” The pundits and politicians tell us the fight is between the left and the right, conservatives and liberals or Democrats and Republicans. They are very wrong. The nation is indeed divided, but the divisions are not really the ones they want you to believe.

The divisions they promote are designed to create a fake fight. It is manufactured spectacle in order to divide We the People against ourselves, so that the ruling elite in Washington, DC, and those who feed the spectacle and profit from it in the media can maintain their power. The real fight in America is between the ruling elite, and We the People. And for the most part, We the People are united against that ruling elite. Need evidence?

This week the Convention of States project has demonstrated a unity of purpose against the overreach of the federal government that spans all regions of the country. Literally in only the last week, resolutions were filed calling for a Convention of States to limit the power of the federal government in Massachusetts and New Hampshire (New England / Northeast), New Jersey (East), Virginia and South Carolina (South), Missouri and Nebraska (MidWest), North Dakota (North), Wyoming (West), Arizona (Southwest), and in Montana (Northwest). Many more states will be filing in the coming weeks. We the People are united in our fight against the overreach of the federal government.

We the People are standing up, fighting back, and reclaiming our heritage, and that national heritage knows no state or regional boundaries. The states created the federal government, and gave it limited enumerated powers. Congress and the President have far exceeded these powers, with the cover of the federal courts. But We the People have reached the limits of our patience and tolerance. And we intend to use the power reserved to our state legislatures in Article V to call a convention to propose amendments to restrain the federal government.

Do we have the support of the majority of Americans? Absolutely. According to Gallup, 66% of Americans think the federal government is too big, and too powerful. That number is so large that it clearly crosses political, ideological and geographical lines in America.

It is time to rein in the the federal government, and return the power to the People. Convention of States is doing that today. It’s not a dream. It’s a reality. It’s up to you to make it happen. Get involved, stay involved. Sign the petition, call your state legislator and ask him/her to support the application in your state.

History is unfolding, and you are needed in the fight to save your country and restore the power to We the People.

Paul Revere rides again, and this time he’s calling you to the battle. Will you answer the call?