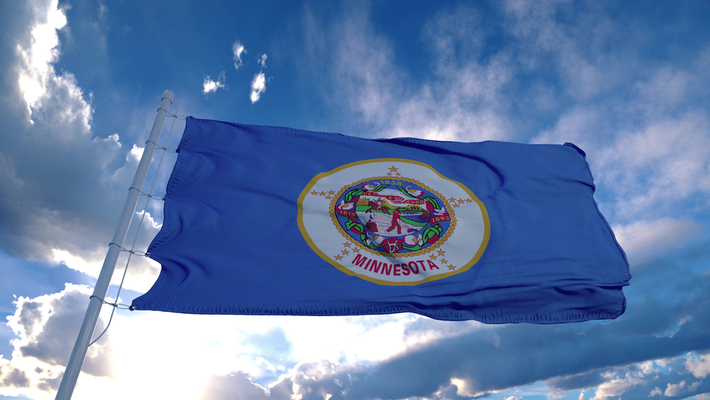 One of our District Captains (Wayne Prudoehl) has just written the body of a letter which could get sent to your local representatives in Minnesota. It's such a compelling letter, referencing the timeless instruction found in the Bible, that it deserves to be published in a blog.

Imagine being a legislator in Minnesota and receiving THIS letter from one of your constituents:

I would like to thank you for your support regarding the Convention of States Resolution. It is my hope that you will be able to influence other Minnesota legislators to pass the Resolution.

I want to provide some perspective on the relationship between the state legislatures and the federal government. September 17, 1787 is when the delegates of 12 states (no delegates from Rhode Island signed) drafted the United States Constitution.

Next I would like to provide a Biblical perspective regarding the duty of a parent in training a child.

Proverbs 22:15 states, “foolishness is bound up in the heart of a child; the rod of discipline will remove it far from him”.  We have seen ample examples of foolishness from Washington D.C. over the years.  The Conventions of States clause in Article V is the States “rod of discipline”.

Ephesians 6:24 states, “Fathers, do not provoke your children to anger, but bring them up in the discipline and instruction of the Lord”.  Therefore the “rod of discipline” is not meant to bring any harm to the child, but to properly train the child in moral behavior.

Proverbs 22:6 states, “Train up a child in the way he should go. Even when he is old he will not depart from it”.  The key phrase here is “in the way”.  The Biblical meaning is for the child to stay on the straight path of morality.  Do not take any detours along the path for it will lead you astray from God’s plan.

Pastor Dan Fisher recently introduced me to the science of “canoeology.” This science is based on the premise, “if you paddle it in the rear it will go straight.” In order for Washington, D.C. to stay on the straight path, it must be paddled in the rear.  Otherwise it will veer off to an even more crooked path.

Hebrews 12: 5-13 states, “My son, do not regard lightly the discipline of the Lord, nor faint when you are reproved by Him, for those whom the Lord loves He disciplines, and He scourges every son whom He receives. It is for discipline that you endure; God deals with you as with sons; for what son is there whom his father does not discipline?  But if you are without discipline, of which all have become partakers, then you are illegitimate children and not sons.  Furthermore, we had earthly fathers to discipline us, and we respected them; shall we not much rather be subject to the Father of spirits and live? For they disciplined us for our good, so that we may share His holiness.  All discipline for the moment seems not to be joyful, but sorrowful, yet to those who have been trained by it, afterwards it yields the peaceful fruit of righteousness.  Therefore, strengthen the hands that are weak and the knees that are feeble, and make straight paths for your feet, so that the limb which is lame may not be put out of joint, but rather be healed”.

Please take a moment to absorb these words of wisdom and apply them to you personally as well as your role as a state representative.

Proverbs 13:24 states, “He who withholds his rod hates his son, but he who loves him disciplines him diligently”.  If the States do not use Article V to discipline the federal government then they must hate our country.

Proverbs 29:15 states, “The rod and reproof gives wisdom, but a child who gets his own way brings shame to his mother.”  As a citizen of this country, I am ashamed of how our federal government is behaving.  I hope you are as well.

Proverbs 29:17 states, “Correct your son, and he will give you comfort; he will also delight your soul.”  This will take time, but in the end we can get back to some level of peace and unity in this country if Washington D.C. is disciplined.

Proverbs 19:18 states, “Discipline your son while there is hope, and do not desire his death.”  I believe there is still hope in straightening our federal government, but time is running out.

You can find Pastor Dan Fisher’s sermon he gave on June 26, 2022 by clicking here. I encourage you to view it to gain an even greater perspective on discipline. You will need to scroll down to find the June 26th sermon.