As young Americans who fully appreciate and enjoy the blessings of liberty secured to us by our forefathers, we unite behind the Convention of States Project, an effort to use the constitutional power of the states to impose limitations on the power and scope of our overreaching federal government. We seek to ensure that a convention to propose amendments, convened under the Convention of States Project application, will consider amendment proposals to accomplish the following purposes, each of which falls within the scope of th application:

“I absolutely support the Convention of States Project, designed for fulfilling the Constitutional methodologies for protecting our rights. Article V exists so that the people have the final say, not the federal government. Yes, it can happen -- and yes, it should happen. We should begin by completely restructuring the unconstitutional federal executive bureaucracy; only Congress has constitutional legislative authority. Administrative agencies should not be making law. If you believe the people should decide instead of Washington, DC, then you should support the Convention of States Project.”

“The Founding Fathers gave us a foolproof way to rein in an overreaching federal government in Article V. If young conservatives want to take back our country, they will join me in supporting the Convention of States Project. A convention of states is the only constitutional way to limit the power and jurisdiction of the federal government and anyone who want to give power back to the people will support this growing movement. After all, as we always say at Turning Point, ‘Big Government Sucks’ and it's not going to shrink itself.” 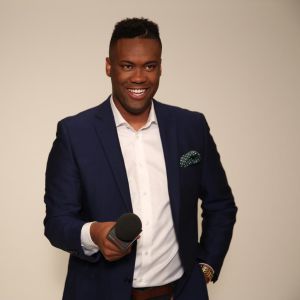 “The only way to put government back in check and return America to its founding documents is if 'we the people' do it. Convention of States is a great organization built by and for the grassroots. I believe we have the opportunity right now to call a convention and turn our country around.”

—Lawrence Jones, host on The Blaze 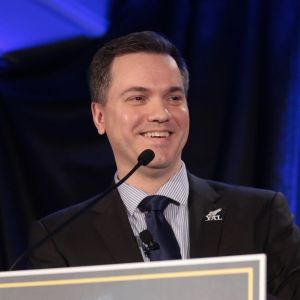 “I'm a big believer in the Convention of States...I don't believe that Congress is going to limit their own power. I've pledged to support term limit legislation, and if Convention of States can accomplish that through an Article V convention, more power to them.”

On behalf of all young Americans and future generations of Americans, I pledge to do my utmost to aid in the successful implementation of the Article V convention of states process, in order to restrain our out-of-control federal government and to preserve liberty and the rule of law for us and for our posterity.

Other young Americans that support COS