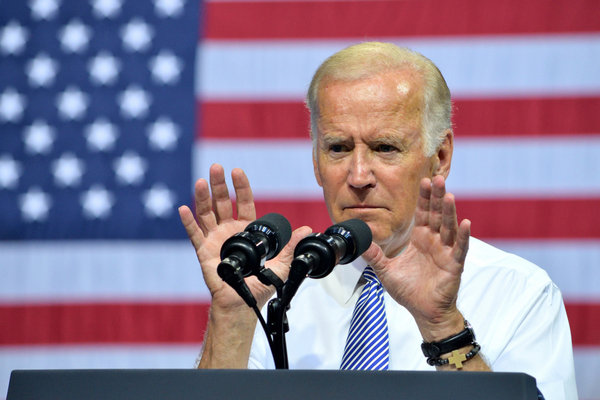 In 2021, many Americans pinned their hopes on Joe Biden. The new president had vowed to end COVID, get our economy back on track, and “unite” the nation around moderation and a “return to normalcy.”

Instead, we got two new COVID waves, skyrocketing murder rates, a slumping economy, international embarrassments, and more division than ever before.

Is it any wonder that more than half of Americans are fearful for what the year 2022 holds in store for the U.S.?

Turns out, President Biden failed to deliver on his promise to fix the country. There is no magic button in the White House. If the latest polling is any indication, Americans are starting to realize that.

But that shouldn’t mean we lose hope. Everyday Americans built the strongest, freest, most prosperous nation in the history of the world, and they have the power to do that again. How? By reclaiming their rightful authority in our system of governance.

We must limit the power and size of the federal government and unleash the industry, ingenuity, and compassion of the American people. We must reclaim the freedom that has made our nation great, and we must use the power the Founders gave us in Article V of the Constitution.

An Article V Convention of States is called and controlled by the states and has the power to propose constitutional amendments that shrink Washington’s power and put We the People back in the driver’s seat. These amendments can limit the terms of office for dinosaurs like Joe Biden and limit Congress' ability to spend our money.

This year can be one of hope and new possibilities, but that hope won’t come from Joe Biden. It will come for you, me, and every American patriot brave enough to stand up to Washington’s tyranny and fight back with a Convention of States.

To join the movement and millions of fellow patriots, sign the petition, donate, or share this article below!