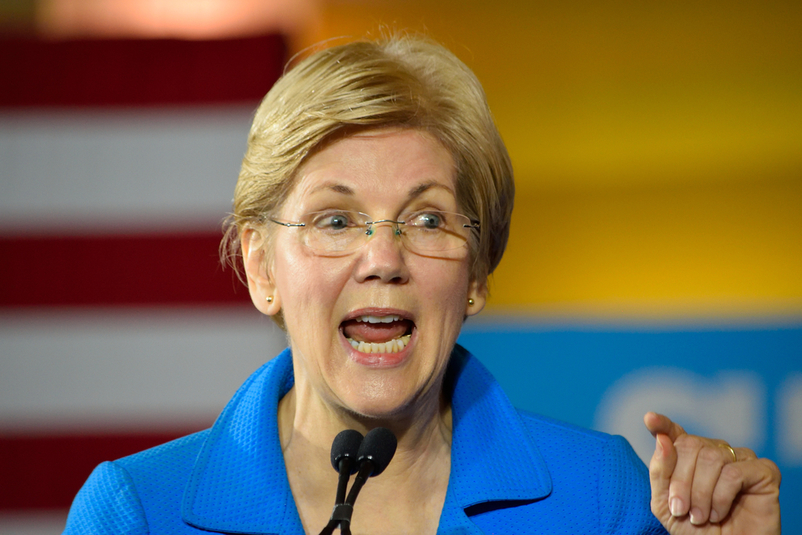 Massachusetts Senator and 2020 presidential hopeful Elizabeth Warren has just proposed what would be the largest government seizure of private property in human history -- and she’s not kidding.

The “Accountable Capitalism Act” would place all businesses with more than $1 billion in revenue under complete and total federal control. The feds would dictate to these businesses the composition of their boards, the details of internal corporate governance, compensation practices, personnel policies, and much more.

Control of these businesses would shift from those who actually built them to politicians and bureaucrats (gag).

Warren is playing the long game. She’s floating this idea in preparation for her presidential run, and if she wins she’ll no doubt push policies just like this in a Congress that may or may not be under Republican control.

This should serve as a wake-up call to those hoping that President Trump can clean up Washington. His time in D.C. is limited, and he can’t implement the kind of structural changes necessary to stop radicals like Sen. Warren. Only a Convention of States can do that.

Sign the Convention of States petition to stop Warren!

Under our resolution, an Article V Convention of States can propose constitutional amendments that restrict the power and jurisdiction of the federal government. With these amendments in place, the feds won’t even be able to regulate healthcare -- much less seize the private assets of billion-dollar businesses.

President Trump has advanced the cause of self-governance, but, like Sen. Warren, we need to play the long game. A Convention of States is the best way to do that.