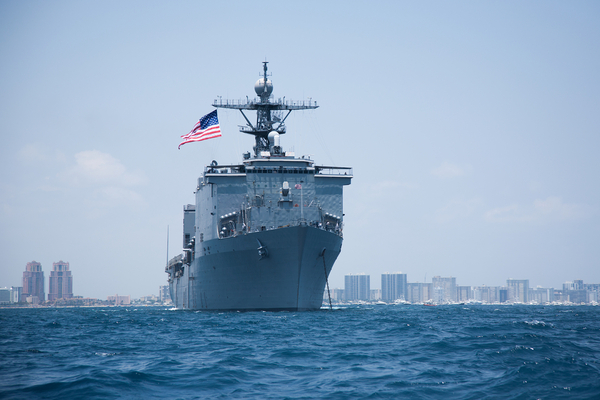 The United States can proudly boast of having the most powerful military in the world, but woke ideologues are encouraging a new kind of pride in our military: not national pride in our country but LGBTQ pride.

An “[o]fficial US Navy Video” released for LGBTQ Pride Month featured two naval engineers discussing how to use gender pronouns to “affirm someone’s identity.” “It is a signal of acceptance and respect,” said Jony, who explained that he uses “he/him pronouns.” Jony and his co-host, Conchy (who uses “she/her pronouns''), give their advice on how to make a “safe space” in the military.

“Instead of saying something like ‘Hey guys,' you can say, ‘Hey everyone,' or ‘Hey team,'" says Jony. Conchy adds that including one's pronouns in emails is a good way to “accept everybody.”

The pair go on to offer more absurd advice, including tips on what to do if someone is mistakenly “misgendered” and how “gender-neutral language” should be used if someone is not comfortable with giving their pronouns.

Robert J. O’Neill, one of the famed Navy Seals who helped kill Osama bin Laden, mockingly slammed the video: “Let me make it simple for the entire @USNavy: Your pronouns are shipmate/shipmates. There. I just saved the taxpayers millions by avoiding ridiculously useless training. Anchors aweigh.”

Todd Starnes also blasted the woke agitprop. “The Biden Administration has turned the greatest fighting force in the world into a woke experimental petri dish of sex and gender confusion,” said the political commentator and author.

“The Russians and Chinese must be getting a good chuckle knowing the easiest way to sink our battleships is to misgender American sailors,” he added. “There are grave concerns among many lawmakers and veterans that the administration’s emphasis on diversity is impacting military readiness.”

Starnes is right that we should be troubled by our government’s prioritization of “safe spaces” over strength in our military, much of which stems from the Biden Administration and its wholesale endorsement of the LGBTQ agenda.

A government that would bend over backward and even jeopardizes the strength of its military to deny basic biology so as not to “hurt someone’s feelings,” is irrefutably off-track. The President and his woke extremists don’t seem to care at all if they discredit our military, however, which leaves the onus of righting these wrongs on us.

Convention of States gives We the People the ability to make the corrections needed to get our country back on track. To support the movement, sign the COS petition below!