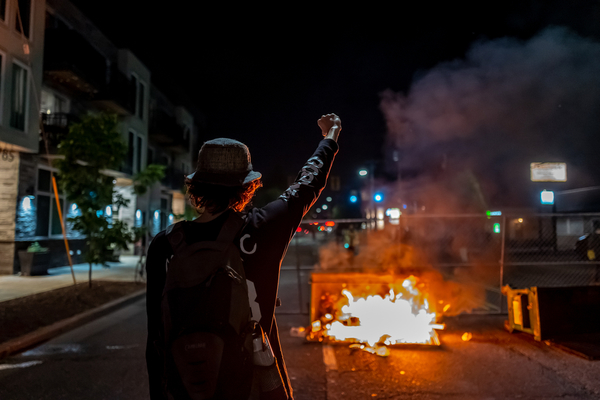 As stated in our Declaration of Independence, “We hold these truths to be self-evident, that all men are created equal, that they are endowed by their creator with certain unalienable rights…”

Our founders understood that our human rights are inalienable. They were instilled in us by God. As such, a yearning for liberty lives within each of us. These rights cannot be cancelled, only suppressed.

Our founders understood this, because they had lived it. Suppression of our human rights does not result in peace and stability, only unrest. Civilized society is not sustainable without an unwavering respect for our human rights. Without a universal commitment to those rights, only two types of society are possible: tyranny or anarchy.

For that reason, they codified our God-given rights in the Constitution. Furthermore, they’ve given the citizenry the means (via the amendment process) to ensure government fidelity to those rights.

Neither our liberty nor our property will be taken without due process. When judged, we will not be judged by wigged overlords but by our peers.

What happens when our God-given rights are usurped? Might the citizens feel disenfranchised when election integrity is questionable? Might they feel frustrated when their speech is censored? Might they feel targeted when laws are applied selectively rather than equally? Might they feel persecuted if they are judged, not by their peers but by faceless bureaucrats and corporate functionaries? Were erosion of our liberties to become systemic, it would be a violation of our pact of civilized behavior.

Sadly, we’ve seen all of these challenges to our rights attempted--to various degrees of success--in recent years. Government agencies (CIA, FBI, IRS, and the Justice Department) have targeted conservatives and their candidates. Big-tech oligarchs are censoring and de-platforming dissenting views. Pleas for redress are simply ignored by the courts (such as the Supreme Court denying a hearing on election fraud).

The yearning to be heard and treated fairly will not go away because avenues of redress are denied. It will only increase with each passing day.

That is why it’s more important than ever that government overreach and its inevitable encroachment on or rights be stopped.

Fortunately, the founders gave We the People the means to keep our Constitution relevant and constrain the authorities of the government. Furthermore, it can be done in an entirely peaceful and legal manner. The second clause of Article V of the Constitution gives the states the authority to call a convention of states.

This convention would have the authority to propose amendments to the Constitution, without the concurrence of the federal government. The Convention of States Action organization is currently organizing just such an initiative.

COS is working through the states to call for a convention of states to limit government overreach, constrain government spending, and impose term limits on politicians, judges, and bureaucrats. COS has already obtained commitments from about half of the required 34 states.

If you endorse limiting the overreach of our federal government, visit the COS website, sign the petition, and consider volunteering.

John Green is a Convention of States volunteer in Idaho.