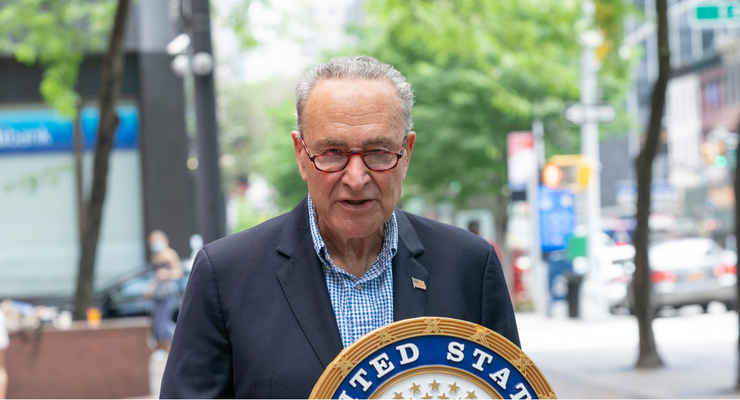 You probably heard last week that the Democrats in the Senate voted against the Republican plan to send more COVID-19 aid to families and communities across the country.

The Republican bill would have "only" cost Americans $350 billion (as opposed to the Dem plan of $3 trillion), and it would have provided money for businesses as well as vaccine development (among other things).

But rather than vote to pass this bill now and push for another down the road, the Dems killed the GOP bill.

Why? Senate Majority Leader Mitch McConnell spelled it out in a recent tweet:

Every Senate Democrat just voted against hundreds of billions of dollars of COVID-19 relief. They blocked money for schools, testing, vaccines, unemployment insurance, and the Paycheck Protection Program.

Their goal is clear: No help for American families before the election.

To be clear: we're not arguing that Congress should pass any more COVID-19 aid. Convention of States endorser Sen. Rand Paul voted against the measure, and the nation's crippling deficit and debt gets more devastating with each piece of coronavirus legislation.

But the clear intentions of the Democrats in this case proves that Washington truly is a terrible, horrible, no good, very bad place. If they believed that Americans need help right now, they should be willing to compromise to get those people something rather than nothing. Instead, just as they did with Sen. Tim Scott's police reform bill, they killed any compromise just to hurt the GOP in November's election.

This is the kind of politics-over-people corruption that got President Trump elected, and it's also pushing millions of Americans to the Convention of States Project.

An Article V Convention of States is called and controlled by the people -- acting through the states -- and has the power to limit the size, scope, and jurisdiction of the federal government.

If our federal politicians won't work for us, Americans are wondering, why should we continue to empower them? Instead, let's return power to states and local communities, where average Americans can have a real voice in government. Let's stop allowing Washington to control our lives and make our decisions. Let's take our power back with an Article V Convention of States.