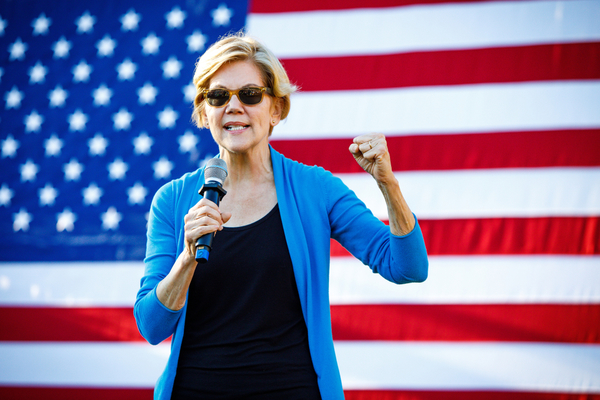 High-profile politicians and pundits have lately been throwing their weight behind a "wealth tax" as a way to expand federal power and fund programs like Medicare-for-all and free college tuition.

Unlike an income tax, a wealth tax would levy a tax on a person's net worth. If someone's total assets are beyond a certain threshold, they would be required to send to the federal government a certain percentage of that wealth.

It's a blatant attempt to grow the federal coffers and implement expensive programs that many Americans don't want. But there's another problem: it's also unconstitutional.

Constitutional scholar and Convention of States Senior Advisor Prof. Rob Natelson explained why in a recent article on The Epoch Times. He specifically analyzes Sen. Elizabeth Warren's wealth tax and questions why lawyers signed a letter supporting her plan:

The Constitution distinguishes between direct and indirect taxes. Indirect taxes must be uniform throughout the country. Congress must impose the same tax rates on citizens of all states.

But Congress must draft direct tax laws so their revenue is “apportioned” among states by population. Because wealth varies among the states, federal direct tax statutes must feature different rate schedules for each state. The 16th Amendment waived that requirement for income taxes, but not for other direct levies.

Warren’s proposed wealth tax is a classic example of a direct tax. However, it would impose the same rates everywhere without regard to state boundaries, thereby violating the Constitution’s “apportionment” mandate.

Why, then, would law professors sign letters certifying that her proposal is constitutional?

Money is power, and if our elected officials can invent new ways to tax American citizens, they'll increase their power over our daily lives. Even people who won't be affected by the wealth tax directly will be affected by the corrupt, inefficient government programs created by the additional revenue.

Washington will never stop trying to expand its power, which is why the people and the states must come together to call the first-ever Article V Convention of States.

A Convention of States is called and controlled by the states and has the power to propose constitutional amendments that shrink the power and jurisdiction of the federal government. These amendments can also cap taxation and spending, which will further limit Washington's ability to control our every decision.

The feds are always thinking of more creative ways to take our money and grow their authority. It's time for We the People to think creatively, too -- and we can do it by going back to the Constitution.