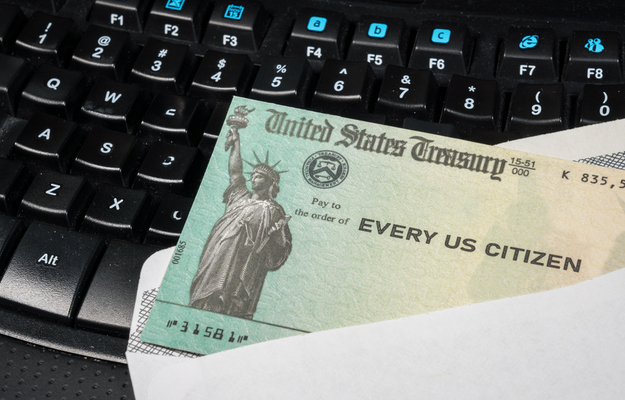 When our children and grandchildren grow up, they'll be saddled with our generation's $26 trillion (and growing) national debt. They'll be forced to pay higher taxes, see less economic growth, and live with the possibility of a total fiscal collapse.

NPR reported this week that the feds likely sent at least $43 million of our taxpayer dollars to foreign workers living outside the United States.

Thousands of foreign workers who entered the U.S. on temporary work visas received $1,200 checks in error during the first round of stimulus payments, and many of them are spending the money in their home nations. One tax preparation firm told NPR that it has clients from 129 countries who mistakenly received stimulus checks, including Brazil, Canada, China, India, Nigeria and South Korea.

How much stimulus money was mistakenly sent to foreign workers living overseas is difficult to quantify. But Sprintax, which does U.S. tax preparation for nonresidents, did about 400 amended returns last year for people who mistakenly filed as U.S. residents, and so far this year it has done 5,000 — almost 5% of the total federal tax returns it filed last year, according to the company. If just 5% of last year's more than 700,000 student and seasonal workers with F-1 and J-1 visas received a stimulus check in error, that would total $43 million.

How does this happen? We have a theory.

The federal government doesn't have any real incentive to be careful with our money. There's no limit on how much money they can spend, there's no real limit on how much they can raise the deficit and the debt. What's $43 million when they can simply increase the national debt by another $1 trillion?

If we want to save our children and grandchildren from a financial collapse, we have to change the way D.C. operates.

By calling the first-ever Article V Convention of States, the states and the people can impose real consequences on Congress for its irresponsible spending. A Convention of States can propose constitutional amendments that force Congress to balance the budget, cut spending, and limit taxation.

With this complete package of amendments in place, Congress will finally be incentivized to be careful with our money, and secure a strong financial future for generations to come.