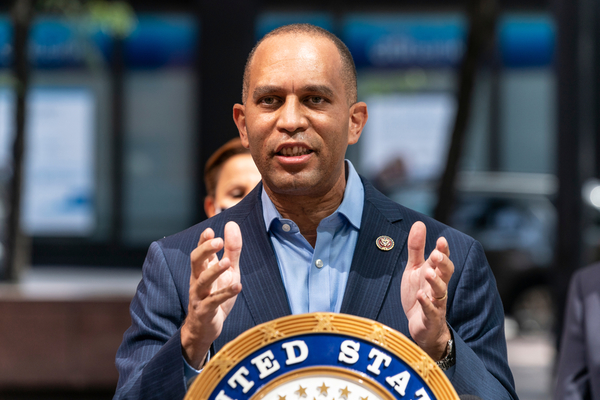 Does this sound like a good use of Congress' time?

The Democrats in the U.S. House have proposed new House rules that would replace all the gendered language with gender-neutral terms, according to Fox News.

For example, if passed the rules would replace terms such as "mother," "father," "daughter," "son," "sister" and "brother" with "parent," "child" and "sibling," respectively. Examples of other terms include the replacement of "chairman" with "chair" and "seaman" with "seafarer."

If Jeffries was really close to the American people, he would know that We the People would rather have our representatives do actual work than discuss whether it's a good idea to replace "seaman" with "seafarer."

House Minority Leader Rep. Kevin McCarthy did a pretty good job summing up how most people are reacting to the new rules. "This is stupid," he said in a tweet.

Our federal officials don't have a clue what the American people think, feel, or believe. They sit on Capitol Hill debating useless topics and handing down edicts while Americans suffer under a depressed economy, tyrannical lockdowns, and a growing frustration with how the federal government operates.

We need to remind our congressmen who they work for and what we sent them to Washington to do. We can and should work to elect good representatives, but we need a more permanent solution -- we need a Convention of States.

A Convention of States is called and controlled by the states and has the power to propose constitutional amendments. These amendments can limit federal power, spending, and terms of office. Taken together, they can reduce the size of the federal government, control our out-of-control spending, and stop career politicians from wasting time and taxpayer money.

Four million Americans have voiced their support while 15 states have signed on to our plan to call the first-ever Article V Convention of States. To join the movement, sign the petition below!