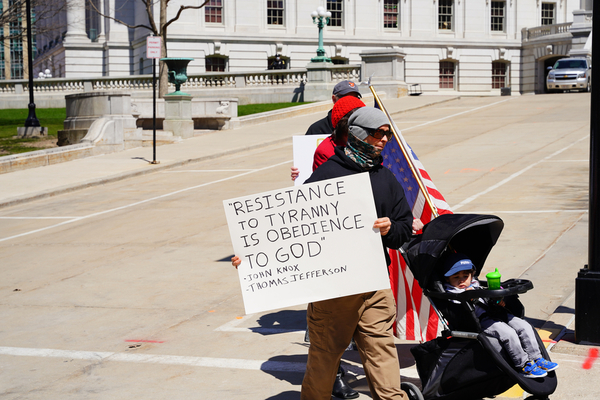 There's a growing movement in counties across America to become "constitutional" or "American" sanctuaries. Much like the Second Amendment sanctuary movement in Virginia, these localities are declaring that they will live and govern only via the original intent of the Constitution. They won't allow for tyranny, overreach, or executive fiat -- especially not from the federal government.

Convention of States Action President Mark Meckler appeared on Daniel Horowitz's Conservative Review Podcast to discuss this fascinating idea and how it could help our country moving forward.

A nationwide sanctuary movement likely isn't the long-term solution our country needs, of course. We need to force the federal government to adhere to the Constitution-as-written, and the only way to do that is via an Article V Convention of States.

A Convention of States is called and controlled by the states and has the power to propose constitutional amendments. These amendments can enshrine in the Constitution the principles that govern the sanctuary movement -- the federal government has a narrow, limited role in our daily lives; only Congress can create rules that have the force of law; and the American people are best when they're empowered to govern themselves.