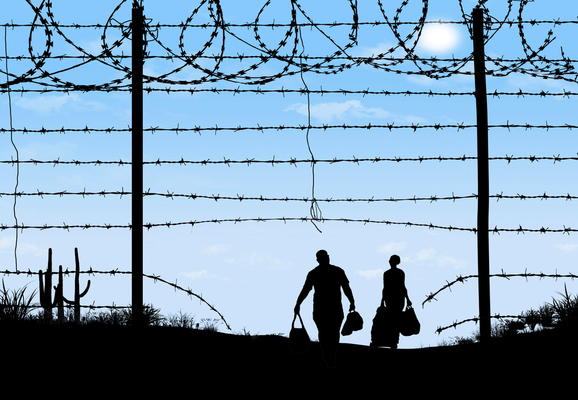 In a recent interview with Newsmax, former Attorney General William Barr charged the United States to begin treating Mexican drug cartels “more like ISIS and less like the mafia," warning that “Mexico is well on its way to being a failed narco-state.”

Since Joe Biden took office, the immigration crisis on the southern border has steadily worsened. As drugs pour into our country and cartels smuggle immigrants across the border, the President continues to sit on his hands, stubbornly refusing to re-enact the more successful border policies of past administrations.

In the absence of preventative action from the Biden administration, the cartels have essentially taken control of the border, demanding hefty payments of the migrants they bring into the country.

Migrants who can’t afford to pay these fees are left in debt to the cartels, often forced to work for them. Border patrol agents have noticed the introduction of a color-coded wristband system by which smugglers keep track of how much the illegal aliens owe them.

Senator Ted Cruz of Texas described the process: “We saw dozens of wristbands, colored wristbands, that the cartels put on the illegal immigrants to mark how many thousands of dollars those children owe the cartels, to ensure that those kids keep working for the cartels for years to come.”

The Senator also described the horrific sight of “rape trees,” trees on which human traffickers hang the undergarments of women they’ve raped. Senator Ron Johnson, who toured the border with Senator Cruz, implied that some women may prostitute themselves to members of the cartel in order to help pay off their debts.

This crisis on the border is truly appalling. The issue confronting us today is about so much more than whether or not immigrants should be allowed to enter our country illegally; it’s about whether or not we will continue to allow these human rights abuses to go unchecked. Tragically, it seems politicians like President Biden would rather turn a blind eye than confront the cartels or institute stricter immigration policies.

“The United States can not have these cartels operating on our border, poisoning our country,” Bill Barr warned. “This administration certainly isn’t interested in going after the cartels. If anything, they’ve essentially abandoned the border to them.”

Biden’s abject failure to secure our country’s border proves that he is more interested in his political agenda than doing what is objectively best for the safety and well-being of the American people.

Thankfully, we have Article V. An Article V Convention of States may not address immigration directly, but by limiting the power, scope, and jurisdiction of the federal government we can ensure that Washington focuses on doing things that actually matter, namely, protecting its citizens from the dangerous Mexican drug cartels.

We need 34 states to trigger this constitutional solution, and at 19, we’re already more than halfway there. To show your support, sign the COS petition and get involved today!