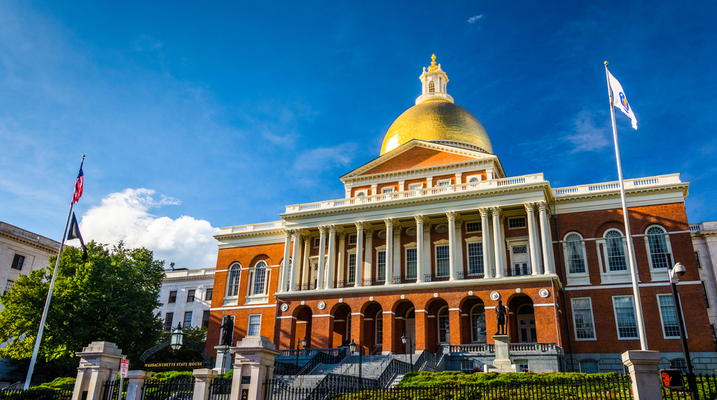 Late last week, the Massachusetts COS team made history when the state legislature's Joint Committee on Veterans and Federal Affairs -- comprised of a supermajority of Democrats -- passed H 3660, the Convention of States resolution.

Massachusetts thus become the first "blue state" in the union to pass a Convention of States resolution out of committee. The resolution will now move to the full legislature, which is known as the General Court.

As Massachusetts COS state director Michael Arnold said, the vote proves "once again that the Commonwealth of Massachusetts is and always has been a thought and action leader when it comes to constitutional matters!"

To nobody's surprise, the debate concerning the vote in committee was contentious. Massachusetts COS and the entire movement is fortunate to have committed and passionate champions, particularly Rep. Steven Xiarhos and Rep. Timothy Whelan, two of the resolution's co-sponsors. Both demonstrated the enthusiasm and dedication that characterizes the spirit of Massachusetts COS. They argued and persuaded in bold and courageous fashion on our behalf.

The initial triumph is the latest example of grassroots federalism in action, and a case study of the concept known as a team victory.

In late summer/early autumn, the team prepared a narrative testimony that explains Article V, the history of its inclusion in the Constitution and its significance to the state legislatures, why we believe it is necessary to activate Article V, and what an Article V Convention of States is and is not.

Volunteers committed to not merely testify, but to meet at least once a week to practice the testimony and prepare for hearing that had a date undetermined.

Those who practiced and participated adjusted commendably to the various edits made to the testimony over the course of three months. Just as importantly, each individual committed to learning the entire 11-page single-spaced document, as there would be no pre-set order of witnesses.

The team got word that the joint committee would hear testimony about H 3660 on January 7. And we were ready.

Because the General Court remains closed to the public, the hearing was held via a Teams video call. Those who testified were online and present for over three hours.

Each of the 32 COS volunteers who testified was composed, professional, and respectful. The presiding chair remarked that he learned things from the testimony; we educated, informed, and enlightened.

While the prepared testimony came to an end, Massachusetts COS was not finished. More testimony volunteers were on hand to lend their support, and delivered personal remarks to the joint committee, concentrating upon their reasons for signing the COS petition, and their thoughts about Article V.

Never resting on laurels, handwritten letters, calls, and emails were sent to members of the joint committee thanking them for their time and attention and urging their support.

A mission to call legislators commenced, and the consistently growing number of COS supporters in the Commonwealth bombarded the phone lines of the offices of joint committee members to report H 3660 favorably out of committee.

It all came together because of the dedication, inspiration, and support of each individual who contributed their time, their talent, and their belief in and dedication to first principles. Inspiring does not begin to describe what has transpired here.

We move to the whole of the General Court in the quest to add Massachusetts to the roll of states that have passed the Article V resolution.

Matthew May is the State Content Writer for Convention of States Massachusetts.