On Friday, the Unicameral voted on a motion to "pull" the Convention of States (LR14) resolution out of committee. It was a motion filed by LR14 sponsor, Sen. Steve Halloran, to end the three year 4-4 deadlock in the Government Affairs Committee on LR14.

Immediately following the vote, two senators expressed their interest in participating in the vote that did not originally vote. One of those senators additionally agreed to file a motion to "reconsider" the vote on Monday morning.

What does this mean? It means that LR14 is not dead yet in Nebraska, but it is going to take a lot of effort to get the reconsideration motion heard on Monday.

Here is how you can help:

FYI: Here is a picture of the voting board from Friday: 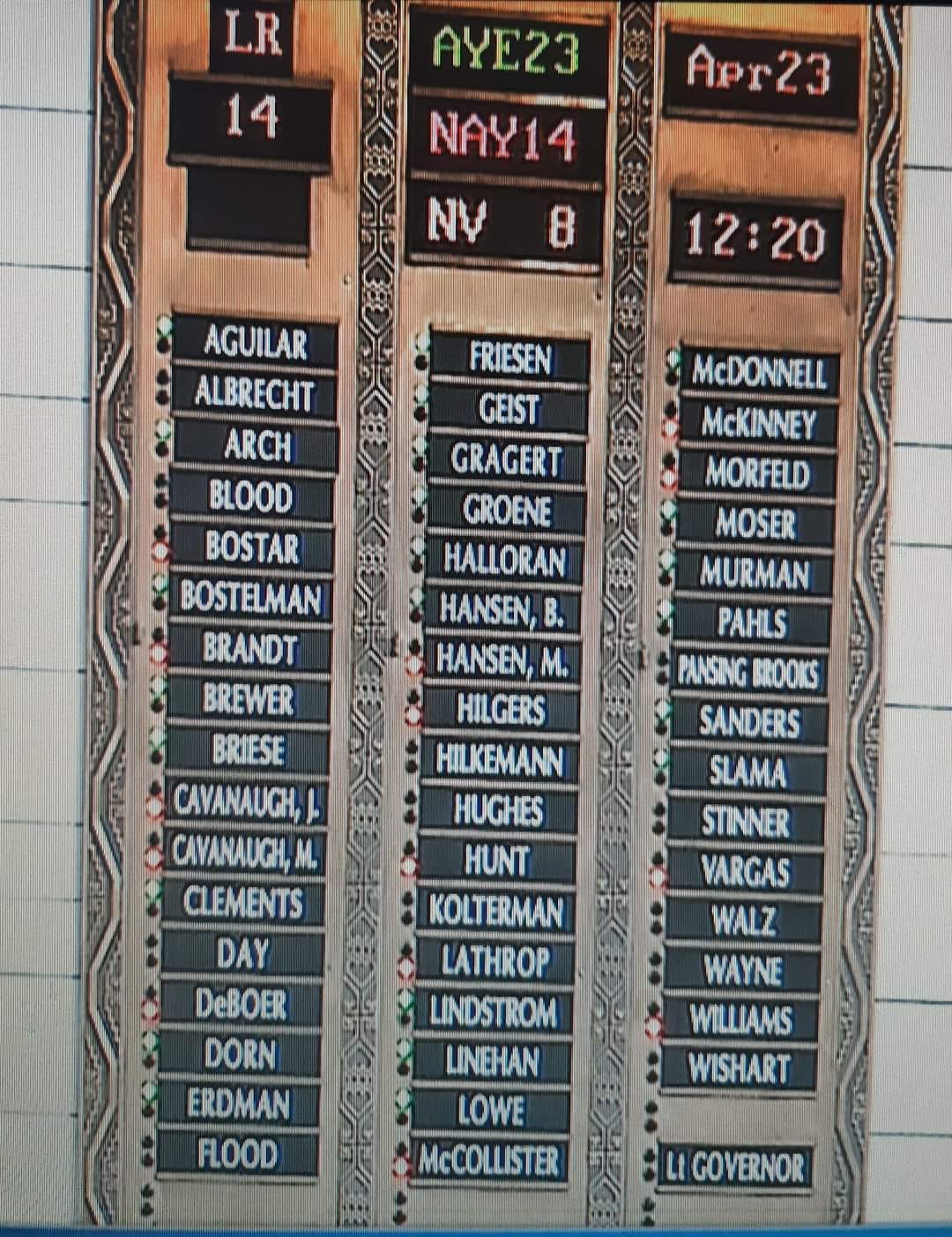