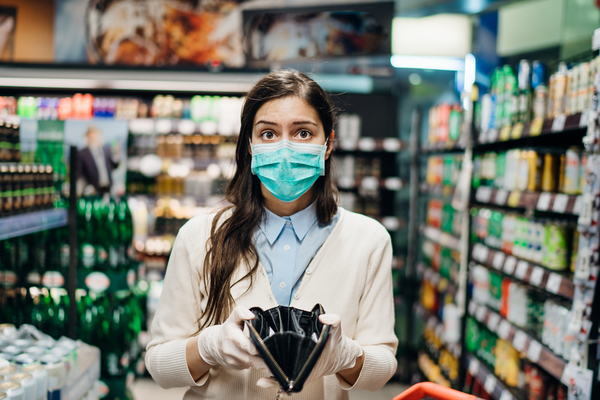 As Americans across the country try to control their spending in these tough economic times, the federal government is continuing to waste taxpayer dollars.

The taxpayer-funded National Science Foundation is funding 25 different studies about how various demographics are handling the stress of the COVID-19 pandemic, according to a new report from the Washington Times.

You, as an American taxpayer, are paying for a study of New York parents handling the pains of being forced to homeschool their children, and a study of how “at-risk” people are adjusting to the stress of the virus.

You're also paying for three separate studies looking at how green spaces have impacted college students, how graduate students are dealing with COVID-19, and how undergraduate engineering are coping with the pandemic.

While some NSF studies might be justified, most are "soft and superfluous," according to Open the Books founder and CEO, Adam Andrzejewski.

“The National Science Foundation should focus on the hard sciences during the peak of this pandemic. Instead, the agency is spending tens of millions of taxpayer dollars on soft and superfluous studies that will not impact the lives of regular people in a meaningful way,” said Andrzejewski.

“In a national emergency, Congress should be directing taxpayer dollars toward the actual problem, not how people feel about the problem."

Andrzejewski and his organization flagged projects such as the $200,000 spent on an oral history archive recording New Yorkers’ experiences during the pandemic; a $198,985 study of whether people who search online for coronavirus information in Spanish get different information than those who Google in English; and a $135,825 examination of the psychology of panic-buying.

Washington will never stop wasting our money -- even during a national emergency. That's why we have to force their hand, and the only way we can do that is with a Convention of States.

An Article V Convention of States is called and controlled by the states and has the power to propose constitutional amendments. These amendments can force Congress to balance the federal budget but also prohibit Congress from raising taxes.

With this (and other fiscal) amendment(s) in place, Congress will have no choice but to begin cutting the billions of dollars they waste every year on useless, superfluous government agencies and programs.

We can balance the budget and get the debt and deficit under control, but we can't rely on Congress to do it. We have to call an Article V Convention of States, and millions of Americans are already on board. Sign the petition below to tell your state legislator that you support the Convention of States Project!