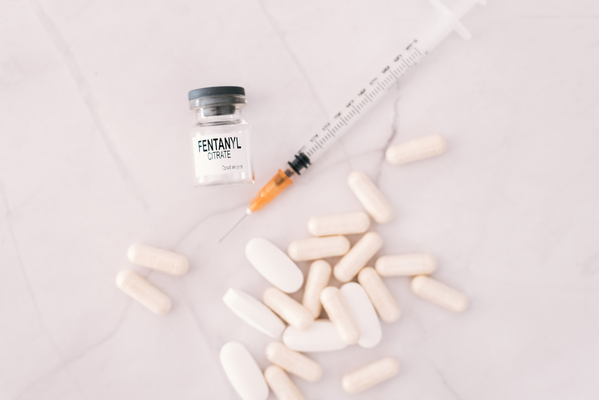 New data from the CDC shows that more than 107,600 Americans died from drug overdoses in 2021, hitting a record high despite a decrease in year-over-year growth.

For Americans between the ages of 18 and 45, the leading cause of death is not COVID-19 or car accidents. It’s fentanyl overdoses, a major issue that has been largely ignored by our elected leaders.

Total deaths increased 15% in 2021, whereas the change from 2019 to 2020 saw a 30% increase. The slowdown could be promising, but the record high for yet another year brings into question the urgency our leaders place on the opioid epidemic and actually addressing the issue at hand.

The majority of deaths trace back to the use of fentanyl, a synthetic opioid 50 times more powerful than heroin. U.S. fentanyl is typically made in Mexico using chemicals that are imported from China.

The production trail has led U.S. officials to place blame on China for enabling such a widespread and deadly issue to occur. The Drug Enforcement Administration is calling on the Chinese government to crack down on supply chain networks that traffic the chemicals to Mexican cartels.

Meanwhile, the Biden administration is essentially welcoming fentanyl with open arms at our southern border. Democrats in change of Washington have done nothing to stop the mass illegal immigration happening, and border patrol has been forced to obey Biden’s open border policies.

Along with the migration of undocumented immigrants comes the traficking of children, women, and lots of illegal drugs. It’s no wonder overdose deaths continue to rise while we blame China – which we don’t hold accountable for any other problems like the virus origins.

It’s clear that the U.S. will not actually stand up to the CCP with Biden in office, but we could secure our southern border to address the rising opioid deaths.

We can take power away from the federal government and ultimately fix today’s major issues by holding a convention. Term limits could be placed on federal officials and we could stop the reckless spending by Congress.

We need 34 states to agree to meet, and we’re over halfway there.

To show your support for the Convention of States Project, sign the petition below!