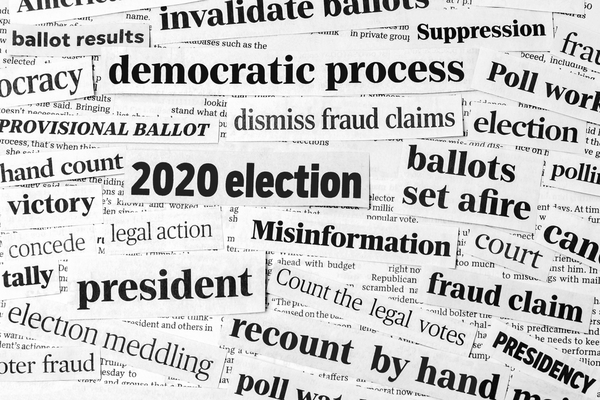 Catherine Engelbrecht and Gregg Phillips of True the Vote, an organization known for questioning the 2020 presidential election results, were arrested on Monday after a federal judge ruled that they were in contempt of court. Engelbrecht is the founder of the organization and Phillips is a former board member. Both appeared in the Dinesh D'Souza documentary “2,000 Mules,” which allegedly exposed widespread voter fraud.

True the Vote was sued in September by Konnech, a software company that disputes Engelbrecht and Phillips’ allegation that Konnech gave China the personal information of U.S. election workers.

According to The Washington Post, a federal judge–who was appointed by Ronald Reagan–ordered Engelbrecht and Phillips to reveal how they gained access to Konnech’s database (Engelbrect’s team previously reported out of court that they broke in by guessing the password, which happened to be “password”).

When they failed to meet the court deadline, the judge ruled them in contempt of court and they were arrested shortly after.

This is not the first time a high-profile supporter of President Trump’s claims that the 2020 election was fraudulently stolen has been arrested. Last month, Steve Bannon, the president's former advisor, was sentenced to prison for refusing to comply with a Jan. 6 committee subpoena.

The political establishment has put on a false front of being interested in “saving democracy.” Apparently, cracking down on outspoken critics of President Biden is the only way to thwart the threat to the American system of governance that everyday Americans supposedly pose.

But if the establishment is looking for a threat, it is looking in the wrong place. We the People are not the threat. The federal government is.

Every day, Washington, DC exhibits an ever-growing disdain and disregard for the American people.

Regardless of what you think of Trump and his allegations about the 2020 election, we can all agree that the federal government–no matter who is in charge–has turned its back on We the People. With each new administration, the DC leviathan keeps growing, and our rights keep shrinking.

If we are to save America from the threat of tyranny, we must take action today. Sign the Convention of States petition below and join us in our fight to bring power back to We the People!