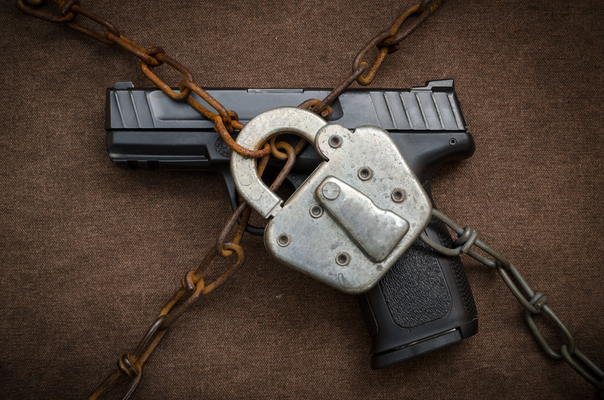 There’s a power grab looming in Canada and the U.S. in regards to firearms, but it remains to be seen if Biden will follow Prime Minister Justin Trudeau’s extreme stance in advocating to outright ban handguns in the country.

The Canadian government introduced gun control legislation on Monday that would make it illegal to buy, sell, transfer or import handguns in the country in a "national freeze" of the weapon. However, Canadians who already own handguns would be allowed to keep them.

"Other than using firearms for sport shooting and hunting, there is no reason anyone in Canada should need guns in their everyday lives," Trudeau stated.

Tuedeau must think his own people and the rest of the world have already forgotten about his extreme Covid-19 measures and the massive “Trucker Convoy” protests that ensued in Ottawa.

It’s a reality check for us Americans, who take our Second Amendment right very seriously in terms of individual freedom and independence from the government. We know firearms are not around for the sole purpose of hunting, they’re around to keep the government from overreaching its power.

But that’s not how opportunistic politicians paint the image. For Biden and Trudeau, guns are for hunting, not for keeping themselves in check.

Thankfully, there’s many conservatives that are vocally expressing opposition to the gun control agenda.

"We have fathers who aren’t home. We have emasculated our men. Our children are at stake. You notice that these shooters, they have had family problems. The Parkland shooter – 37 times police were called to his home. It’s not the gun," said Virginia Lt. Governor Winsome Sears.

On Memorial Day, Biden sparked anger by claiming that there is "no rational basis" for Americans to use firearms for protecting themselves or even for "hunting."

These times will determine the fate of America, and it’s more important than ever that we get to a Convention of States using Article V of the Constitution to prevent these opportunists from taking away the one thing that gives citizens a check on the government.

Once guns are taken away, there’s no preventing a government from doing anything it wants, and there are many examples that prove this.

We need 34 states to agree to meet for a convention and we are over halfway there. Help preserve the American way of life and our future liberty by supporting the Convention of States Project below.