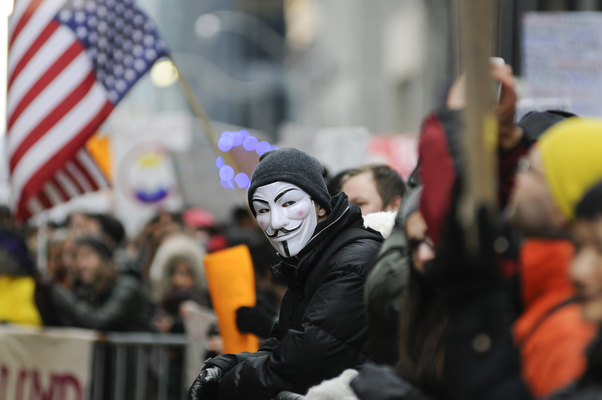 A new poll from Georgetown University's Institute of Politics and Public Service indicates that, unless we act quickly, our nation is headed for the brink of disaster.

The poll found that while a majority of voters believes that "everyday civility" is on the decline, a similar majority believes that their political leaders should double-down on their special interests and refuse to compromise.

According to the Washington Examiner,

While partisan voters fear that the nation is at the edge of civil war and wish for common ground, they really want their side to stand firm and win, said the school's first Battleground Civility Poll, conducted by Democratic pollster Celinda Lake and the Republican Tarrance Group.

“Voters approach the current political environment with some ostensible contradictions,” said Lake in her analysis.

“While 86% (including 63% ‘strongly’ agree) of Americans believe that finding common ground should be a goal of political leaders, a similar majority 79% (including 58% ‘strongly agree) say they are tired of leaders compromising their values and ideals and want leaders who will stand up to the other side,” she said.

“Voters are desperately looking for leaders who will champion their interests — and are unwilling to countenance compromise when it only serves to perpetuate an unworkable status quo,” Lake added.

Tarrance’s Ed Goeas said, “More than half the likely electorate thinks we are more than 70% of the way to being at the edge of civil war.”

But, he added in his analysis, voters do not want their leaders to be nice for the sake of it. “Dramatic change will come when it is the politically advantageous thing to do. Most voters are not indicating there is much to be gained by setting an example of civility,” he said.

While they’re unclear how to fix these problems, an overwhelming majority of respondents stated that big government and the media are to blame for the incivility facing today’s nation.

The Georgetown University poll had no problems pointing its finger in every direction -- but had little insight as to how these problems could be solved. Luckily, there is a solution.

American can still unite under the Constitution -- specifically, an Article V Convention of States.

A Convention of States is called and controlled by the people and the states and has the power to propose constitutional amendments supported by a majority of Americans from both sides of the aisle.

Amendments to mandate term limits for federal officials and force Congress to be fiscally responsible are widely popular. Most Americans understand that career politicians are often in bed with special interests and the national debt will one day spell disaster for our children and grandchildren.

So even as Washington descends into extreme partisanship, the people are working in all 50 states to come together and impose the controls on D.C. that our country so desperately needs.