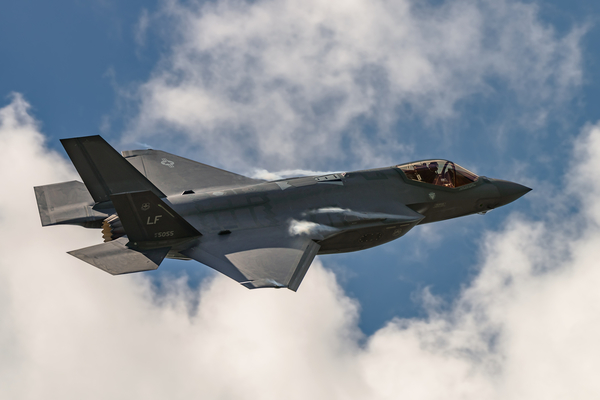 The most expensive weapons program in the world is still dealing with serious problems that could jeopardize the safety of its pilots, according to new documents obtained by Defense News.

The F-35 stealth fighter jet has been in the works for nearly a decade and has so far cost taxpayers hundreds of billions of dollars. Worse still, the Pentagon estimates that the program will continue to cost taxpayers upwards of $1.196 trillion dollars through 2077.

Now new information reveals that the planes suffer from at least 13 serious problems. According to Defense News,

Over the past several years, U.S. Defense Department leaders have gone from citing technical problems as their biggest concern for the F-35 program to bemoaning the expense of buying and sustaining the aircraft.

But the reality may be worse. According to documents exclusively obtained by Defense News, the F-35 continues to be marred by flaws and glitches that, if left unfixed, could create risks to pilot safety and call into question the fighter jet’s ability to accomplish key parts of its mission:

F-35B and F-35C pilots, compelled to observe limitations on airspeed to avoid damage to the F-35’s airframe or stealth coating. Cockpit pressure spikes that cause “excruciating” ear and sinus pain. Issues with the helmet-mounted display and night vision camera that contribute to the difficulty of landing the F-35C on an aircraft carrier.

Defense spending is crucial to the survival of our nation, and most liberty-loving Americans understand that in order to remain free, we have to invest in new technologies to maintain the upper hand on our enemies.

But the F-35 program is starting to feel like famous scene from The Pentagon Wars.

But fiscal responsibility doesn't happen on its own, as the F-35 program so clearly demonstrates. We need to force Congress to provide real, effective oversight of wasteful government programs and agencies, and we can do it with a Convention of States.

A Convention of States can propose constitutional amendments that impose fiscally responsible policies on the federal government. These policies can mandate a balanced budget, cap spending, and limit taxation. With real caps on spending, Congress will have no choice but to make the tough decisions to lower the deficit and reduce the debt while protecting the interests of our country abroad.

Millions of Americans have already joined the the fight, and 15 states have passed the Convention of States resolution. Sign the Petition below to tell your state legislators that you support the Founders' solution to fiscal irresponsibility.