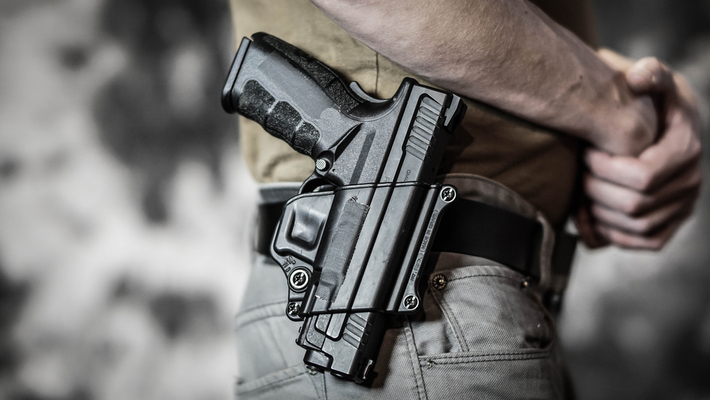 Several Senators just introduced the “Federal Firearm Licensing Act,” a bill proposing that federally-issued licenses be required of anyone who wishes to buy and own a gun.

According to the text of this bill, “it shall be unlawful for any individual to purchase or receive a firearm unless the individual has a valid Federal firearm license.” It further explains that these licenses would be issued by the Attorney General and Department of Justice.

Upon closer examination it becomes apparent that the prerequisites for receiving a license aren’t too unreasonable. They include, for example, a requirement that any prospective gun owner complete a course in firearm safety, something that most Second Amendment enthusiasts would recommend anyway.

Nonetheless, this is a hugely dangerous piece of legislation for one major reason:

The federal government, under the Constitution, has absolutely no authority to “hand out” the right to bear arms only to whomever it pleases.

Those who understand the original, philosophical justification for creating the Second Amendment, know that “asking permission” of the federal government to buy a gun defeats its entire purpose.

As the Founders understood it, owning a firearm was an unmitigated right–one that ought never to be beholden to the federal government. Many even went so far as to say that it would be the people’s duty to be armed as a safeguard should the government ever turn tyrannical, but if it is that very government deciding who can and can not own a gun, the people’s leverage against oppression would be lost.

This is why the Founders so valued the right to bear arms. It is also why they belabored the point that such a right did not come from–and never should be perceived as having come from–the government.

Of course, it seems unlikely that this particular piece of legislation will pass into law, at least, not at this point in time. Besides, it is blatantly unconstitutional.

That being said, the federal government has shown such arrant disregard for the Second Amendment, it’s not at all inconceivable that this type of legislation could one day become enforceable in America.

The right to keep and bear arms was not, is not and never will be a “gift” from Washington, D.C. It is a natural right. Heeding the warning of our Founders, we must protect it.

The Convention of States Project is a movement focused on restoring our Constitution to the way our Founders originally meant for it to be. If you want to protect your Second Amendment rights from federal overreach, be sure to sign our petition and get involved!