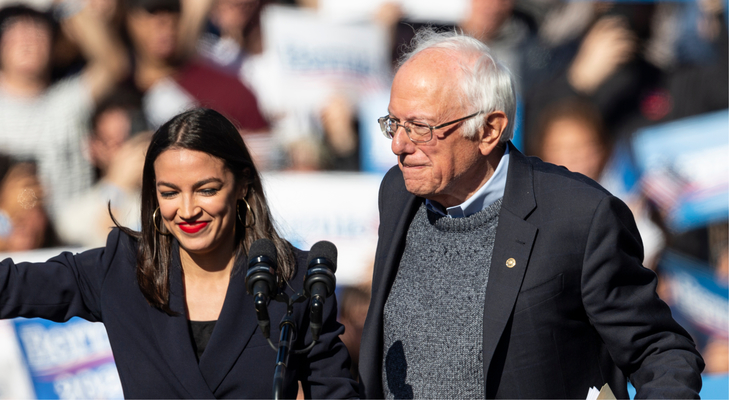 Democratic-Socialists try to distance themselves from the Communists of the past, but the similarities between the two groups are troubling -- to say the least.

After leaving the Communists and becoming a Democrat, he slowly began to realize that what he saw in his new party bore striking resemblance to what he had seen in his former party:

I was … semi-active as a Democrat and paid attention to all the news and everything like that. And I realized, “Wait a minute, these people are the communists in slow motion. They’re active. It’s the same thing. What they want is the same thing. They just don’t want to do it as fast.”

The communists, they were in the process at that time of switching from Leninist tactics in the street, in-your-face revolution, to Gramsci. And the idea of a gradual movement into a revolutionary pattern that wasn’t in your face wasn’t on the street.

Communists of yesterday might look a little different from the socialists of today, but their ultimate goals are exactly the same, Salinski says:

This is an argument I have with so many people in our own movement, “Oh, well, he’s not really a communist.” No, not yet, but he’s headed there.

The goal of all socialists and communists is simple: remake our country from the top down. To do this, they need to empower the federal government with near-unlimited authority, eliminate the free market, and destroy the rights of states and individuals.

They're well on their way. The federal government has the power to dictate both state and local policies. They use our tax dollars as a bribe to force states to implement federal policies, and they pass massive, sweeping legislation aimed at dictating our daily decisions.

Washington is ready. The moment the Democratic-Socialists take control of the federal government, nothing will be able to stop them from implementing each and every one of their Communist policies.

The federal government has the power to implement socialist policies because the Supreme Court has misinterpreted the Constitution. These misinterpretations allow Congress to legislate and spend money on virtually any topic.

Constitutional amendments can reverse these bad decisions by clarifying the Founders' original intent in the Constitution. These amendments can effectively and permanently limit federal power and return that power where it belongs -- with the states and the people.