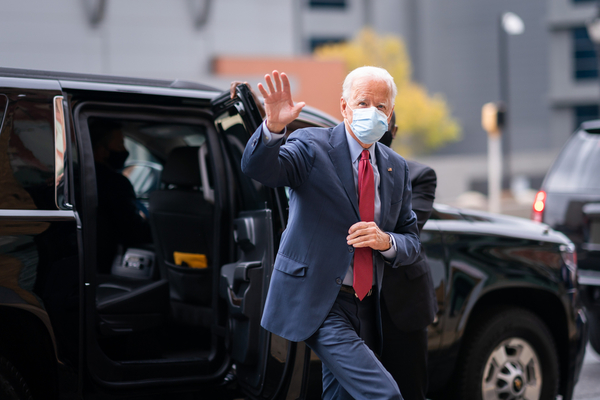 When President Donald Trump was in office, we applauded his efforts to reduce the size of the federal government but also cautioned the American people that his reforms would only be temporary. The next president could easily reverse President Trump's swamp-draining efforts and get Washington back to the status quo.

"It is the policy of the United States to protect, empower, and rebuild the career Federal workforce," Biden said in an executive order.

Towards the end of his term, President Trump issued a series of executive orders aimed at paring down the D.C. bureaucracy. As it stood, federal employees and bureaucrats enjoyed extremely robust protections against getting fired. This allowed career bureaucrats to maintain their positions even while performing poorly and allowed The Swamp to grow unhindered.

Check out all of these protections that Biden reinstated, and think about whether you enjoy the same level of security in your job (funded by the American taxpayer):

Most competitive and excepted service employees have legal protections against being fired at will. That is, agencies that wish to fire employees in the competitive and excepted services need to prove either that those employees engaged in some misconduct or that their performance is unacceptable. And before firing an employee, agencies are required by statute and the Constitution to provide due process to include notice of the proposed action and an opportunity to respond. Further, if employees are fired, they have the right to appeal the termination to the U.S. Merit Systems Protection Board (MSPB) under 5 U.S.C. §§ 7511(a)(1)(A) and (C).

President Biden's order reinstated all of these protections. They restored the status quo from before Trump's presidency, and they reaffirm the right of federal employees to unionize and collectively bargain.

Even worse, Biden’s order also directs the Office of Personnel Management chief to “provide a report to the President with recommendations to promote a $15/hour minimum wage for Federal employees.”

Washington will never drain The Swamp. Federal politicians and bureaucrats will never impose real checks on their own power, and they'll never vote to reduce the size of the bureaucratic state. Some few presidents or legislators might have good intentions, but their efforts will be undone during the next administration.

We need a better solution to the massive size and power of the federal government, and we've found it in Article V of the Constitution.

Article V allows the states to call a Convention of States for the purpose of proposing constitutional amendments. These amendments can limit the size, scope, and jurisdiction of the federal government, effectively shrinking Washington's power and eliminating some federal agencies altogether.

The feds don't need an alphabet soup of bureaucracies to perform their limited functions which are outlined in the Constitution. If we can force Washington to stay in their constitutional box, the legions of federal employees we pay for will no longer be necessary.

So far, five million Americans have voiced their support for a Convention of States, and 15 states are on board. To join the movement, sign the petition below!