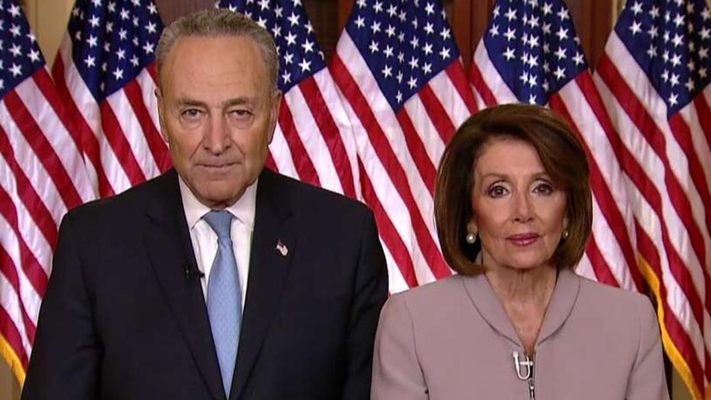 But it also includes so, so much more.

As Rachel Bovard explained for our friends at Texas Scorecard, the bill funds a laundry list of agencies that have nothing whatsoever to do with the COVID-19 crisis:

If legislators and lobbyists are skilled at anything, it is never letting a crisis go to waste. The CARES Act is an emergency coronavirus relief bill, designed to help the families and businesses impacted by a government response to a public health crisis.

But in a crisis, there is opportunity. At least, there is if securing government funding is your goal.

Take Boeing, for example, the company with planes that keep crashing. The company got a special $17 billion carveout.

The Treatment of Sunscreen Innovation Act also mysteriously made it into the legislation—in fact, a bill to address coronavirus, a viral infectious disease, mentions the word “sunscreen” 49 times. The bill provides for FDA approval of “innovative” sunscreens, and largely benefits the French cosmetics giant L’Oreal, which has operations in Kentucky—where Senate Majority Leader Mitch McConnell is up for re-election in November.

The Harbor Maintenance Trust Fund also got a boost when its spending limits were removed. This largely benefits Senate Appropriations Committee Chairman Richard Shelby (R-Ala.), whose home-state ports will be dredged as a result. One GOP aide characterized the decision as “easy to give Shelby, since he’s been wanting it for years and now why not give it to him?”

Apparently this coronavirus relief bill is about “wins” for Richard Shelby. If only the Americans struggling to pay rent had such a willing advocate anywhere in the Senate’s leadership.

The pro-labor lobby also got its claws into the bill with a requirement for those companies taking loans. For the length of the loan, companies must stay neutral in any attempt by their employees to organize a union—a direct slap at right-to-work states.

The government itself also grew larger. Even after receiving their annual pot of money for the year, big-spending appropriators saw fit to lavish even more largesse onto areas of the government.

Take a look at a sampling of what lawmakers will tell you is so very necessary to help the workers and families impacted by coronavirus:

What started as a meaningful relief effort for workers and families morphed, as it so often does, into a ride-along for unrelated—and a few ridiculous—provisions designed to benefit certain lawmakers or expand the bureaucracy. Even when facing down a pandemic, Congress just can’t pass up the opportunity to benefit their re-election campaigns, their own projects, and those of their friends.

Before this crisis, some may have argued that our "leaders" in Congress can be trusted when Americans' lives are on the line. Sure, they might cave to lobbyists in times of plenty, but when the rubber meets the road, they'll come together to protect the American people.

This bill proves that Congress can never, ever be trusted -- even during a national emergency.

We need to impose fiscal restraints on Washington before it's too late. Already, our nation faces a fiscal crisis of unimaginable proportions. We might survive this pandemic, but can our economy handle the next? How will we relieve American businesses when the national debt makes future rescue bills all but impossible?

There's only one way to force Congress to be fiscally responsible: an Article V Convention of States. A Convention of States can propose constitutional amendments that mandate that Congress balances the budget by cutting spending -- not raising taxes. This and similar fiscal amendments can force the House and the Senate to make the tough financial decisions for the good of this nation. That way, the next time we face a crisis, we'll be in a solid financial position to weather it.

Join the nationwide movement to call a Convention of States by signing the petition below!