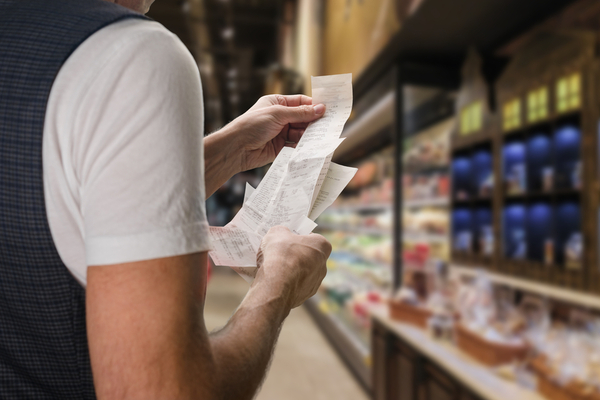 Remember that "transitory" inflation we were all told not to worry about?

"Experts" at institutions like the Wall Street Journal the Financial Times and the Federal Reserve assured concerned Americans that rising prices would soon level off and go down. Inflation wasn't caused by terrible federal policy, they said. It was simply the result of "supply chain bottlenecks" and "corporate greed."

Once COVID restrictions eased, everything would be getting back to normal.

Well, as everyday Americans have realized every time they go to the grocery story, pay their electricity bill, or go out to eat, inflation is definitely not going away.

In fact, the Consumer Price Index is at its highest level since 1981, according to the Department of Labor. The CPI is 8.5% higher than last year, a massive jump not seen since the late 1970s and early 1980s.

“Price increases came from many of the usual culprits,” CNBC reported. “Food rose 1% for the month and 8.8% over the year. Energy prices were up 11% and 32% respectively, while shelter cost, which make up about one-third of the CPI weighting, increased another 0.5% on the month, making the 12-month gain a blistering 5%.”

To make matters worse, the trend line is going in the wrong direction, according to the Daily Wire. Here's the monthly inflation for every month of the Biden administration:

Inflation is real, it's here to stay, and it's Joe Biden's fault. Biden pumped money into an already recovering economy in a misguided attempt to "transform" the American economy.

He transformed it all right. What should be a strong economy with low interest rates, low unemployment, and low inflation (as it was during the Trump administration) is an inflation-plagued economy that's risking a massive recession.

We can't do much to stave off the coming economic woes, but we can make sure that the federal government never again tanks our economy.

An Article V Convention of States is called and controlled by the states and has the power to propose constitutional amendments. These amendments can limit the ability of federal regulators to meddle in the economy, force Congress to be fiscally responsible, and limit the federal government's spending.

With this package of amendments in place, the president will no longer be able to destroy our economy. Other factors might still cause trouble, but those will be the result of free market competition, not bad policy coming out of Washington.

To join the movement and call the first-ever Convention of States sign the petition below!