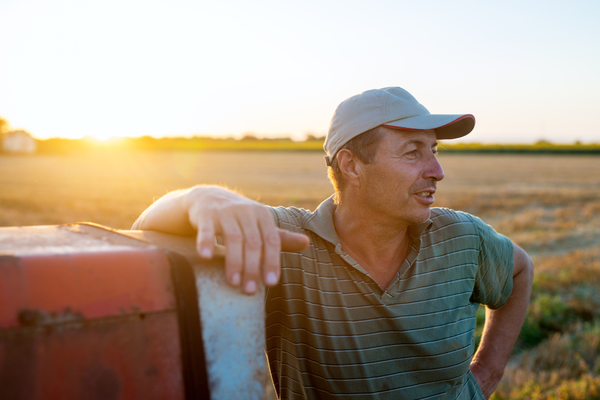 When the federal government chooses winners and losers, no one wins. Even worse, these discriminatory policies often violate the constitutional rights of American citizens.

That's what Texas Agriculture Commissioner Sid Miller is arguing in a new lawsuit filed against the Biden administration. Miller accuses the administration of discriminating against white farmers in the "American Rescue Plan" by providing 120% loan forgiveness for "socially disadvantaged" farmers and ranchers.

As Miller points out in the suit, the Department of Agriculture has historically interpreted "socially disadvantaged" as encompassing virtually every race except white: African Americans, Hispanics, Native Americans, Alaskan natives, Asian-Americans, and Pacific Islanders.

Whatever you believe about the ongoing debates about race and justice in this country, all Americans should agree that Washington shouldn't have the power to decide who succeeds and who fails. That should be left to We the People, and should be determined by hard work, ingenuity, and perseverance.

When the federal government injects itself into our daily lives, they're more likely to cause harm than anything else. Their one-size-fits-all policies can't account for the complexity of the American people, as Miller argues in his suit. White Americans of Irish, German, and Jewish descent were also discriminated against, but they don't qualify for special loan forgiveness under Biden's plan.

Here's a better solution: we get the feds out of our lives altogether. Federal bureaucrats don't possesses the competence or good will to pick the winners and losers in our country. Instead, we should empower We the People to control their own futures, and we can do exactly that with a Convention of States.

A Convention of States is called and controlled by the states and has the power to propose constitutional amendments that limit federal power. These amendments can get the feds out of healthcare, the environment, agriculture, energy, and a host of other industries. Once the federal government no longer has jurisdiction over these topics, control will revert back to the states and the people, who are much more capable of solving problems in their local communities.

We aren't helpless in the face of federal overreach. The Founders have given us a powerful tool in Article V, and it's time we used it.

To join the movement of over five million Americans, sign the petition below!