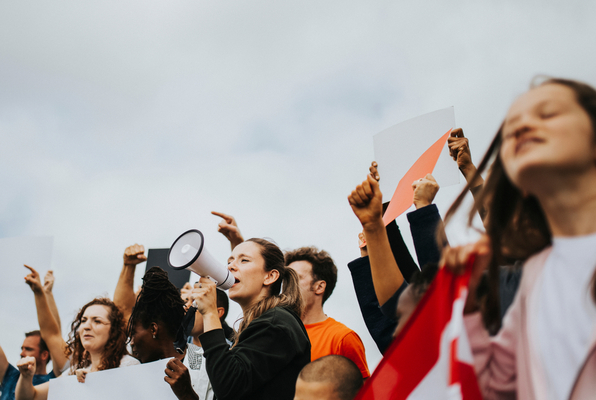 Political violence and tension are markedly on the rise in America. Numerous headlines from the past few weeks confirm the growing extent to which Americans loathe and feel threatened by each other. Here are just a few examples:

In what should have been one of the most covered stories of the year, an assassination attempt on the Trump-appointed justice of the Supreme Court, Brett Kavanaugh, was thankfully thwarted. The would-be assassin was allegedly influenced by Justice Kavanaugh’s position on the pending Dobbs v. Jackson Women's Health Organization court case which holds the potential of overruling Roe v. Wade.

Interestingly, prominent Democratic Senator Chuck Schumer, in 2020, threatened Kavanaugh that if he ruled against abortion “you will pay the price” and “[y]ou won’t know what hit you.”

Clearly, the pro-life debate is triggering to many Americans and can even provoke violence. Since the SCOTUS’s Dobbs v. Jackson draft opinion was leaked, there have been dozens of attacks against pro-life pregnancy centers.

But recent threats of political violence haven’t stemmed exclusively from the abortion controversy.

Republican Adam Kinzinger alleged that he received a letter from his own party threatening to kill him, his wife, and his 5-month-old son over Kinzinger’s participation in the January 6th Committee.

Republican Eric Greitens ran an ad “showing himself racking a shotgun and accompanying a team of men armed with assault rifles as they stormed — SWAT team-style — into a home in search of “RINOs,” or Republicans in name only.” As Greitens wields his weapon he says “there’s no bagging limit, no tagging limit.”

Representative Dan Crenshaw, who has repeatedly disappointed many of his constituents, encountered threats of violence when a pro-Donald Trump Republican publicly announced that Crenshaw “needs to be hung for treason.”

It’s apparent that Americans are fed up with each other, short-tempered, and increasingly tribalistic. The reasons behind our polarization are multi-faceted, but at least one reason is clear: the federal government is far too invasive into our lives and politics is far too important to us.

This is exactly why we need a Convention of States. The Founders gave us federalism, knowing that people with such diversity of thought would never get along well. We’d be far less loathsome of each other if only we’d decentralize the federal government’s decision-making power, thereby taking away our political opponents’ power to upend our daily lives.

We must stand up for what is right, but political violence is dangerous and threatens to lay waste to our Republic. Thankfully, our Founders gave us a peaceful solution to federal tyranny: an Article V Convention of States, by which we can “limit the power and jurisdiction of the federal government, impose fiscal restraints, and place term limits on federal officials.”

To get involved in this important effort to preserve America, sign the petition below!