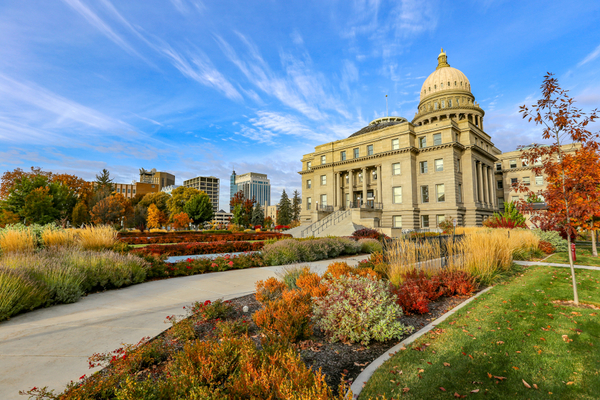 The unprecedented lockdown orders from state governors last year were met with dismay and anger by liberty-loving Americans.

"Do governors and health officials really have the authority to unilaterally shut down an entire state without any input from the peoples' representatives?" many asked.

The legal answer to that question may be up for debate, but many state legislators aren't waiting for the courts to decide. They're taking steps right now to limit the power of their governors and ensure that in any future pandemic, the people have to a chance to weigh in.

In Idaho, for example, legislators are expected to consider legislation that would do exactly that, according to East Idaho News:

Expect state legislators to debate whether to strip some of the governor’s executive powers around an emergency.

Senate Majority Leader Chuck Winder said legislators will also consider changes that would allow them to start a special session rather than wait on the governor. Idaho law currently states only the governor can call the Legislature into a special session. Some state legislators also want to remove local health districts’ ability to create restrictions due to a public health emergency. Winder said they will consider legislation that would have county commissioners — elected officials —make those decisions and have health districts play more of an advisory role.

“I think there’s good support for it,” Winder said Friday.

One bill would allow all employees to be considered “essential,” which would allow anyone to work and all businesses to remain open during the pandemic.

“We have a piece of legislation that says all workers are essential,” Winder said. “Therefore they’re not subject to have their businesses close down. They have the right to work and to make a living.”

When we say we want to take power away from the federal government and give it back to the states, this is why. State governments are much more responsive to the will of We the People than our elected representatives in Washington. State legislatures aren't perfect, but they're closer, more accountable, and less obsessed with money, power, and special interests.

Because here's the truth: much of the tension in our country would be alleviated if the American people didn't feel so powerless to reform national politics. At the state level, they don't have to feel that way. They can set up a meeting with their state representative, work to pass legislation, and reassert their right to self-governance.

Our volunteers and legislative sponsors are planning to file the Resolution in dozens of states this year to take power away from Washington and reassert our right to self-governance. The Article V process is safe, peaceful, and legal. In fact, it's the solution the Founders put in the Constitution for exactly this moment. If you want to join the movement, sign the petition below!