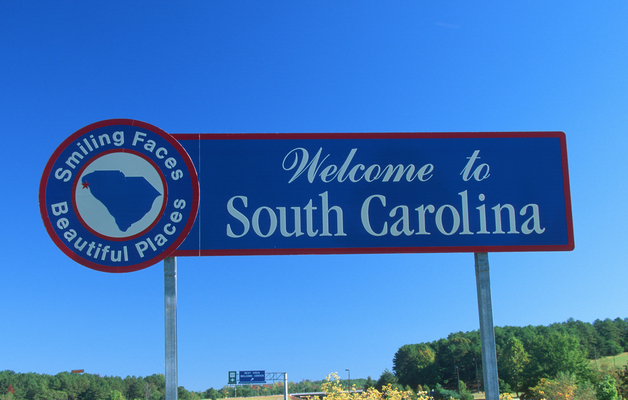 Last month, the South Carolina state legislature became the 19th state in history to call a Convention of States to rein in federal power. Just a few weeks later, on April 13, Governor Henry McMaster penned a POWERFUL letter to show his support for the legislature's decision. We've included an excerpt below.

Thanks for your support, Gov. McMaster!

After the American Revolution, the sovereign States—through their people—held all governmental powers. For the convenience and good of all, they assembled to create a new government—national in scope—and gave it only specific, enumerated powers to perform certain functions, such as establishing a military force, creating a common currency and a uniform system of weights and measures, and regulating interstate commerce—functions the States could not efficiently perform individually.

These powers are listed in Article I. The States retained all other powers—all of them—to themselves for their sovereign exercise. Two years later, ten amendments were added to make even more emphatic the strict limits on the new national government’s power.

Thusly were the liberties of future generations to be preserved, protected, and defended.

Over the years, South Carolinians, like all Americans, have witnessed an unprecedented expansion in the size and scope of this federal government. Along with increasing instances of overreach and intrusions into the affairs of—and matters expressly reserved to—the States, we have observed, with little-to-no recourse, the federal government spending and borrowing money at dangerous levels to fund this growth in government.

Efforts to rein in federal spending and reduce the national debt have repeatedly met resistance from the parties in power at the time. It has become clear that Congress is unwilling or unable to set aside its self-serving institutional interests in preserving and expanding the size and reach of the federal government.

Thus, any initiative to reduce the size of the federal government must originate elsewhere.

As elections have repeatedly failed to reverse this course, I believe that the time has come to utilize the mechanism expressly available to the States in Article V, often called a “Convention of States.”

Two thirds of the States must issue the call. Whether an Article V Convention would ultimately be held or propose amendments to the Constitution remains to be seen. However, I believe, at a minimum, this action will awaken and consolidate the attention and patriotism of the people to the threats to their liberties, with beneficial and consequential impact on the Congress to the same ends.

Serious concerns have been raised about the potential consequences of convening an Article V Convention. I share these concerns. I view our Constitution as the most remarkable governmental document in human history. Some leaders foresee a “runaway” convention which could propose amendments beyond the scope of the call. Others prefer that we depend on enlightened future electorates.

I see it a little differently. I see the ever-increasing size and scope of the federal government as the larger threat. I believe that our dangerous situation is a product not of imprecision by the Constitution’s Framers but of activist judges who have ignored the Constitution’s text to advance their own policy goals, and the self-centered ambitions of too many office holders.

I believe our situation will only get worse—and more difficult to correct—with time. Although we have seen an increase in textualist and originalist judges, the combination of current circumstances and the slow march and uncertainty of federal courts reshaping constitutional law counsels in favor of the States exploring the limited measures available to them to rein in the federal government.

I do not think these serious theoretical concerns warrant opposing a narrowly tailored Article V Convention at this time. I believe that the Founding Fathers included sufficient safeguards in Article V to mitigate the risks of a “runaway” convention.

Article V’s requirement that three-fourths of the States must ratify any proposed constitutional amendment is designed to ensure that proposed amendments which would alter or take away fundamental constitutional rights—such as those enshrined in the Second Amendment—would not become law. This—and the active awareness and support of the people—constitutes our strongest assurance.

To make sure your state joins South Carolina in calling for a Convention of States, sign the petition below!