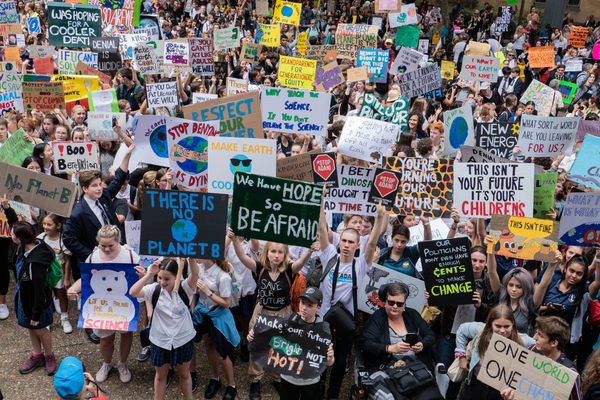 A new poll from the Victims of Communism and YouGov spells trouble for our county's future.

According to The Daily Caller,

The survey, conducted by the Victims of Communism and polled by the research and data firm YouGov, found that 70% of Millennials are likely to vote socialist and that one in three Millennials perceive communism as “favorable.” The survey is part of the Victims of Communism’s report “U.S. Attitudes Toward Socialism, Communism, and Collectivism,” which polled 2,100 people in the United States who were 16 and older with a margin of error of +/- 2.4%.

“The historical amnesia about the dangers of communism and socialism is on full display in this year’s report,” said Marion Smith, executive director of the Victims of Communism Memorial Foundation.

“When we don’t educate our youngest generations about the historical truth of 100 million victims murdered at the hands of communist regimes over the past century, we shouldn’t be surprised at their willingness to embrace Marxist ideas,” Smith added. “We need to redouble our efforts to educate America’s youth about the history of communist regimes and the dangers of socialism today.”

We might respond to information like this by throwing our hands up in despair. But that's not what Americans do. That's not what the Founders did when faced with an abusive, tyrannical federal government, and that's not what patriots have done in every conflict since then.

Americans fight for their freedoms, and the Constitution gives us a way to do just that -- peacefully, legally, and effectively. Article V allows the people, acting through their state legislatures, to call a "convention for proposing amendments." At this Convention of States, the states can propose constitutional amendments that limit the power and jurisdiction of the federal government and make communist and socialist policies virtually impossible.

We need to educate our young people in the values and freedoms that have made this nation great. But as we work towards that goal, we should also be putting up constitutional firewalls to prevent the kinds of tyrannical governments that have killed millions of innocent people over the decades. If you want to join that fight, sign the Convention of States Petition below!

Also, it's important to keep in mind that not all young people have swallowed the Marxist Kool-Aid.