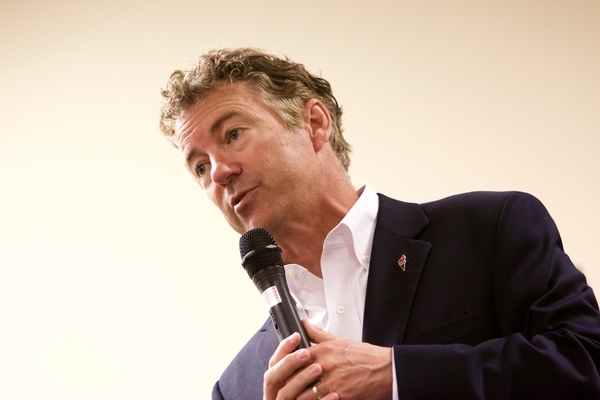 Convention of States endorser and U.S. senator from Kentucky Rand Paul didn't mince words after meeting with his Republican colleagues this week about the next round of COVID-19 relief money.

"They are ruining the country," he said of his fellow Republicans, according to CNN's Manu Raju.

Soon after, he unleashed a blistering tweet claiming that most Republicans aren't much better than socialist Democrats.

The majority of Republicans are now no different than socialist Democrats when it comes to debt. They simply don’t care about debt and are preparing to add at least another trillion dollars in debt this month, combined with the trillions from earlier this summer.

He's right. This year's federal deficit (so far) is an astounding $864 billion. That's more than the entire annual budget of 2017 and 2018. This year alone, the feds have increased the national debt more than any full year of George W. Bush's administration.

Some might argue that this kind of irresponsible spending has been necessitated by the coronavirus crisis. But most Republicans don't seem worried at all by the spending. They're more than happy to have an excuse to throw money at their constituents in the hopes it will help them at the ballot box in November. In this way, they're really no better than their socialist colleagues.

Here's the truth -- no matter what our reason may be, our children and grandchildren will pay the price for this generation's irresponsible spending. Because (let's be honest) waste and abuse didn't start with coronavirus. It started long before this particular crisis, when our national leaders decided that short-term political gain was worth long-term financial catastrophe.

But there's still hope we can avert that catastrophe. An Article V Convention of States (called and controlled by the states) has the power to propose constitutional amendments that force Congress to be fiscally responsible. In no uncertain terms, these amendments can mandate a balanced budget, cap spending, and limit taxation. They can also limit the jurisdiction of the federal government, which will prohibit Congress from spending money on anything not expressly mentioned in the Constitution.

If we can get our fiscal house in order, we'll be much better prepared to handle the next national crisis. If not, future generations will pay the price.

Sign the petition below to join the millions of Americans who have already joined the Article V cause!