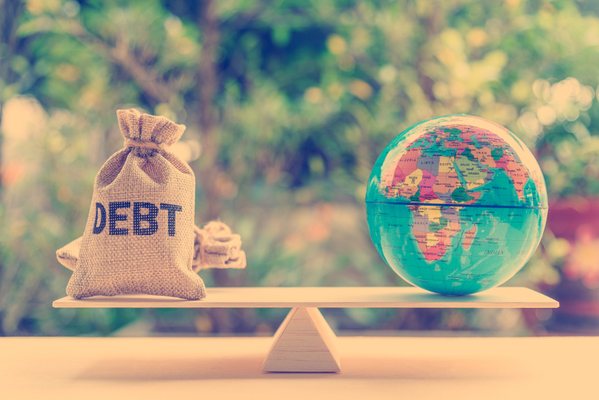 The national debt is bad for the future of our nation, but a new report from Bloomberg reveals just how serious our dependence on debt has become.

According to the report, without our country's ability to borrow trillions of dollars each year, our gross domestic product per capita would fall below nearly every other country on earth:

The U.S. economy is consistently ranked among the world’s strongest. But cut off its addiction to debt and exhaust its gold and currency reserves, and a very different picture would emerge.

The nation’s health as measured by gross domestic product per capita would plunge into negative territory without its dependence on borrowed money, according to data compiled by Bloomberg.

In fact, the U.S. would fall almost to the bottom of a ranking of 114 economies by GDP per capita. Only Italy, Greece and Japan would fare worse. That’s a seismic shift from America’s comfortable No. 5 spot on a list based on conventional measures.

To make matters even worse, the report also points out that we aren't likely to kick our dependence on borrowing any time soon:

The U.S. will need to continue to borrow. The IMF projects America’s government debt to average 109% of GDP over the next five years. Reserves, having averaged $425 billion between 2014 and 2018, would account for less than 2% of the projected $22.2 trillion GDP for 2020.

The U.S. dollar is still considered the world's currency, so this catastrophe isn't likely to happen tomorrow. But what about when our kids are grown? Or their kids?

This isn't sustainable. We have to get our nation's finances under control, and there's only one way to do it: an Article V Convention of States.

A Convention of States can propose constitutional amendments that force Congress to pass the kinds of fiscally responsible measures this country needs. These amendments can mandate a balanced budget, limit federal spending, and cut taxation.

With this complete package of amendments in place, the federal government will have no choice but to shrink the deficit and the debt and save the financial futures of our children and grandchildren.