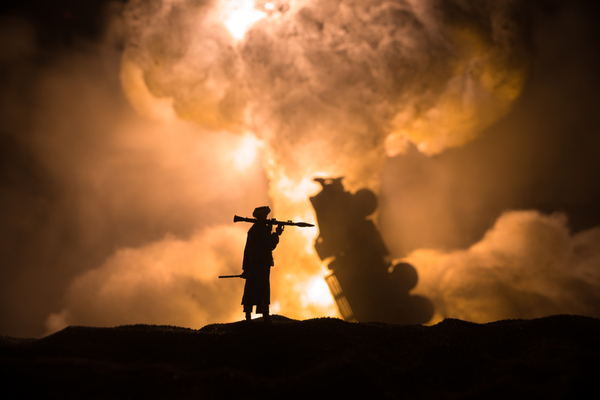 Everyone knows the Biden administration gifted the Taliban with billions of dollars of American weaponry when they abandoned Afghanistan. But here's something the mainstream media didn't tell you: federal bureaucrats tried to cover it up.

According to a report from our friends at Open the Books, Antony Blinken's Department of State feverishly scrubbed their websites of audit reports detailing the weaponry we sent to Afghanistan.

According to an admission obtained from the State Department, Biden officials recently directed federal agencies to scrub their websites of official reports detailing the $82.9 billion in military equipment and training provided to the Afghan security forces since 2001.

The scrubbed audits and reports included detailed accounting of what the U.S. had provided to Afghan forces, down to the number of night vision devices, hand grenades, Black Hawk helicopters, and armored vehicles.

One deleted GAO report was four years old and quantified U.S.-provided gear into Afghanistan between 2003 and 2016. It was delivered to the House Armed Services Committee on August 10, 2017. The report was pulled down only hours after we, and other news outlets like Sinclair Broadcast Group, highlighted the report’s existence.

The State Department admitted to scrubbing the reports, but they claimed they did it to protect Afghan allies. There's just one problem: the reports don't list recipient information. They don't say who received the weapons; they just list the kinds and amounts of arms and ammunition.

This transparently weak excuse didn't get past the folks at Open the Books:

This directive doesn’t seem to be designed to protect our Afghan allies—or, if it is, it’s been poorly executed. One U.S. entity that we will not name has failed to remove a report detailing the Afghan forces by rank. That report, one could argue, could be used as a tally sheet for retribution, but it’s still publicly available.

Here’s another example. One federal report did not include personnel info, but it did include the face of an Afghan pilot sitting in a U.S. Black Hawk helicopter. When we highlighted the report, we flagged the photo to an agency spokesman and chose not to post a link to protect the pilot’s safety. The report has remained online, but since we contacted the spokesman, the photo has been removed.

The Deep State is tyrannical, corrupt, and incompetent. It's time to take them down a notch, and we can do it with an Article V Convention of States.

A Convention of States is called and controlled by the states and has the power to propose constitutional amendments. These amendments can limit the power, scope, and jurisdiction of the federal government -- including every Deep State agency. You can bet the State Department, OSHA, and the other federal agencies will care more about the will of We the People when we slash their budgets and limit their jurisdiction.

Congress will never take the necessary steps to shrink The Swamp, but we can do it for them with a Convention of States. Sign the petition below to get involved!