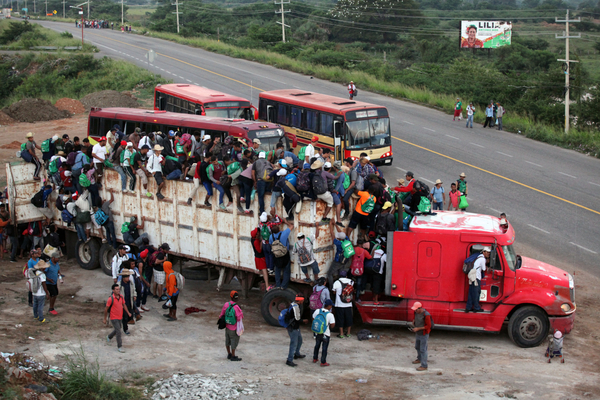 The record-setting number of migrants making their way to the southern border has prompted the Biden administration to take decisive action--not to secure the border, but to pay off Central American countries and citizens.

The administration is considering "a conditional cash transfer program" to try to convince central American people to stay in their gang-infested countries rather than travel to the Land of the Free, according to a new report from Reuters.

Officials failed to provided details of the program but insisted "the U.S. government isn’t going to be handing out money or checks to people."

Here's the truth: whether we send American taxpayer money to foreign citizens or foreign governments, most of it will be wasted.

Why? Because there is an easier, cheaper way to avoid the crisis at the border. If Biden had simply adopted the policies and stance of President Trump, we wouldn't be in this mess. Instead, he threw open our nation's borders with the promise of free healthcare, and hundreds of thousands of people have taken him up on it.

Now, he wants to waste more taxpayer dollars trying to convince those people to stay home. It's a classic government boondoggle, and you can be this isn't the last round of cash payments funded by hardworking American citizens.

Border security is undoubtedly a federal issue, but we must force Congress and the White House to stop wasting our money. They won't do it on their own, which is why We the People must call an Article V Convention of States.

A Convention of States is called and controlled by the states and has the power to propose constitutional amendments. These amendments can mandate a balanced budget, cap spending, and limit taxation. With this complete package of amendments in place, the federal government will be forced to spend our money responsibly.

That means no more wasted dollars on misguided foreign cash payouts. That means the elimination of all the useless, duplicative government agencies and the scaling back of the federal government more generally.

We can't stop the federal government from wasting money. But we can limit the amount of money they have to waste, and the only way to do that is with an Article V Convention of States.