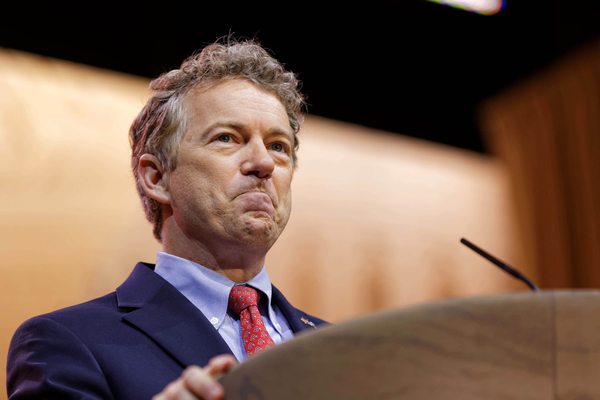 Senator Rand Paul of Kentucky just introduced a plan to fix Washington D.C.’s compulsive spending problem – but will it work?

Squandering taxpayer dollars seems to be a driving urge that neither party can resist completely. The habit has resulted in the deeply irresponsible procurement of $30 trillion in national debt – a huge burden on future generations of Americans.

Regrettably, the political establishment is unwilling to touch the issue despite a broad public consensus that the debt must be dealt with. According to one poll, 75% of Americans “agree that we should worry about the national debt and that too much federal debt could hurt the economy.”

Most politicians fecklessly keep squandering money, heedless of our mounting debt. The small handful who do more than just talk about limiting our debt and actually do something about it, never get far.

Senator Paul’s proposed budget, his “Six Penny Plan,” is well-intentioned, and, if passed, would balance the federal government’s budget in 5 years.

“We cannot keep ignoring this problem at the expense of taxpayers and my budget will put our nation on track to solve this crisis that Congress created.”

His press release on the topic explained that, “Americans everywhere are feeling the effects of historical high inflation and sustaining labor and supply chain issues. Short-term political gains of the past, are in fact causing us harm now. Not to our children and grandchildren off in the future, but to us here today.”

Senator Paul understands why Congress needs to balance its budget, and his efforts are respectable but they are bound to end in defeat – and he knows it.

In the past, the Senator from Kentucky has introduced similar proposals, all of which failed in Congress. For those who doubt just how out of touch Congress has become, this is the proof: an issue that has broad, bi-partisan concurrence amongst the American people has repeatedly been snubbed by our elected officials.

Daily, we stagger closer to the brink of insolvency. Something must be done about our debt. Rand Paul may receive worthless kudos from his political base for at least trying, but we need more than that.

For as long as attempts to decelerate spending are made through Congress, they will fail. That’s why we need the Convention of States.

The Convention of States has a viable solution to impose fiscal restraints on the federal government – and we don’t need Congress’ approval. By calling a convention, we can work around our politicians and do what they refuse to do: protect our future by demanding responsibility and prudence from those who spend our money.

To do something meaningful about our massive national debt, sign the petition!