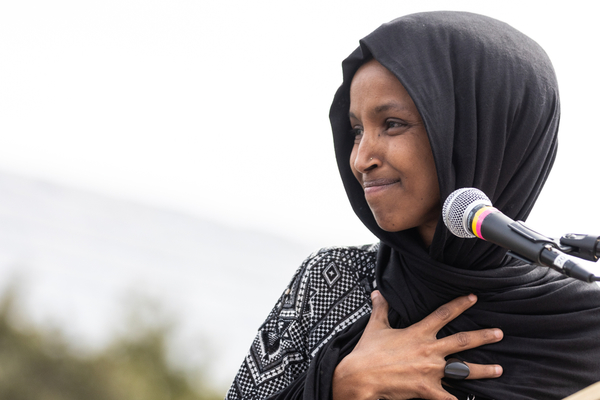 A radical socialist group has joined members of the so-called "Squad" in a plot to turn the Biden/Harris administration into another cog of the big-government agenda.

The Working Families Party "People's Charter" calls for free public healthcare, universal childcare, creating millions of green jobs, canceling student debt, a $15 minimum wage and shifting money away from police departments and toward investments in schools and communities, according to Fox News.

A number of federal officials have signed on, including all four members of The Squad: Reps. Ocasio-Cortez of New York, Rashida Tlaib of Michigan, Ilhan Omar of Minnesota and Ayanna Pressley of Massachusetts.

“We’ve always said that electing Joe Biden was a doorway, not a destination,” said Working Families Party National Director Maurice Mitchell in a statement. “The People’s Charter is that destination: a nation that cares for all of us, no matter what we look like, where we come from, or how much money is in our pockets.

"We’re going to beat Donald Trump on Nov. 3, and then we’re going to organize to make the vision outlined in the People’s Charter a reality," he added.

Remember, while many of these policies may sound beneficial, they will require a massive expansion of federal power in order to make them a reality. They will destroy our healthcare system, massively raise energy costs, empower federal bureaucrats to make decisions about our kids, erode law and order, and move our country to the brink of fiscal collapse.

We shouldn't have to worry about whether our federal politicians will destroy our country. They shouldn't have the power to impose this radical agenda, and a Convention of States can make sure they never do.

An Article V Convention of States is called by 34 states and can propose constitutional amendments that build a firewall against socialism. These amendments can enforce the Founders vision of a small, limited federal government by clarifying the parts of the Constitution the Supreme Court has misinterpreted to grow federal power.

When these amendments are ratified by 38 states, we won't have to worry any more about whether the next election will bring socialism to our country. The federal government will be so limited that socialism won't be an option.

Millions of Americans have voiced their support to the Convention of States Project, and 15 states are on board. To join the movement, sign the petition below!