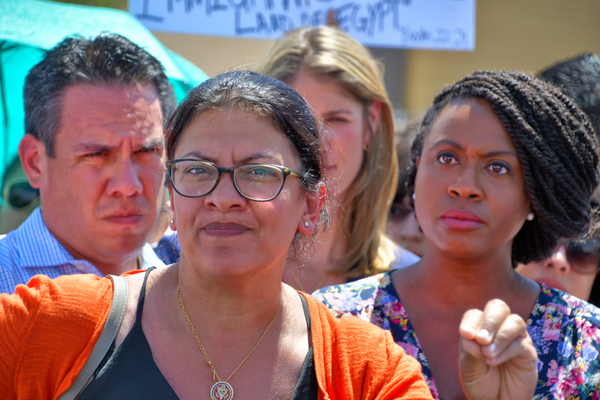 It's no secret that the Constitution provides almost zero justification for the vast majority of federal agencies. Agencies like the FDA, EPA, and other nanny-state outfits rely on specious Supreme Court decisions to claim jurisdiction over nearly every facet of American life.

The Constitution does, however, include some limited powers granted to the federal government. Article I, Section 8, allows Congress to establish an "uniform Rule of Naturalization” to determine how immigrants can become citizens. While Congress and federal immigration agencies have no doubt exceeded their proper authority, it at least makes sense that the federal government would be in charge of protecting our borders and handling questions of immigration.

That's why it's almost unbelievable that the same people who defend agencies like the "Department of Health and Human Services" are calling for the abolition of national security agencies like Immigration and Customs Enforcement and the Border Patrol.

In a recent interview, Representative Rashid Tlaib called on Congress to defund some of the only agencies that can actually be justified by the Constitution.

“Look, the simple answer to that question is we must eliminate funding for [Customs and Border Protection], [Immigration and Customs Enforcement] and their parent organization, [Department of Homeland Security],” she said.

“Time after time we have seen it as advocates on the ground, as human services agencies on the ground to continue to see over and over again, that these agencies are inept to humanely guiding migrants through our immigration system and… instead they further continue to terrorize migrant communities located within our communities,” she continued.

This is the topsy-turvy world of the federal government. Our national "leaders" will defend to the death the alphabet soup of federal agencies then turn around and seek to end those agencies that work to protect American citizens. If that's not an argument for a Convention of States, we don't know what is.

An Article V Convention of States allows the states to propose constitutional amendments that force Washington back into its constitutional box. These amendments can repeal the bad Supreme Court decisions that have given the feds unlimited power and shore up constitutional protections on which we rely for our rights and freedoms.

Amendments proposed at a Convention of States must be ratified by 38 states, ensuring only the best, most popular amendments become law. It's safe, but it's also our most effective tool in the fight against federal overreach.

The Framers included the Convention of States option in Article V for exactly this moment. It's time we used it before it's too late.