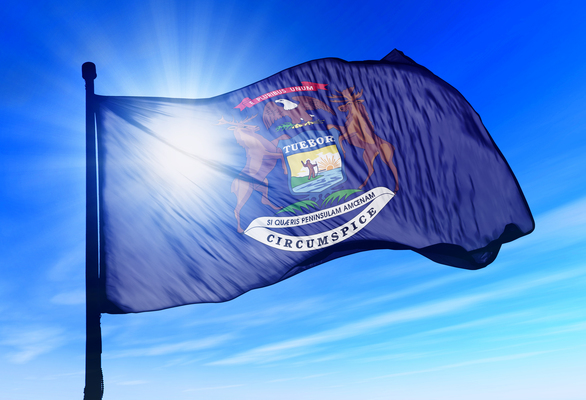 Additionally, State Senate candidate, Aaron Gardner, will be in attendance. He is running in District 27, which includes Flushing Township, Burton, Gaines, Swartz Creek, and Flint. He will be speaking and available for questions! It is time to engage with our local politicians!

For anyone who has questions on self-governance, the role of state and local government, the true originalist history of the United States Constitution, how you can preserve your liberty, and the liberty, due process and personal property rights of future generations, please join us for this crucial informational town hall. The Convention of States has a solution as big as the problem.

"Our cause is the cause of all mankind…we are fighting for their liberty in defending our own." - Benjamin Franklin

What is the Convention of States?

Article V of the U.S. Constitution provides for two ways to amend our nation’s governing document. The most common way is for the U.S. Congress to propose amendments. However, George Mason and some of the other delegates to the 1778 Constitutional Convention in Philadelphia, recognized that a time might come when Congress might be hostile to the will of the People. So, they added a second method to amend the Constitution that more directly reflects the will of the People. This method allows two-thirds (34) of the legislatures of the several States to pass a Resolution that calls for a Convention of all the States for the purpose of considering proposed amendments.

Any amendments coming out of the Convention would then have to be ratified by three-fourths (38) of the State legislatures to become an Amendment.

The delegates to the Convention will be selected by and serve at the will of each state’s legislature. They will be charged with only considering amendments within the framework of the Resolution which is specifically limited to the following three topics:

(1) fiscal restraint, (2) limiting the power and jurisdiction of the federal government, and (3) term limits for federal positions. The project has been designed this way to prevent the possibility of a “runaway convention.” This is speculation that has been insinuated by those who have a vested interest in the status quo in order to cause fear and confusion among the people.

Further assurance that the “runaway Convention” cannot occur is the fact that all amendments that come out of the Convention must then be ratified by three-fourths (38) of the state legislatures to become amendments to the Constitution. Neither the U.S. House, the Senate, Governors, nor even the President can block these amendments. It most directly represents the will of We the People because it is done by our elected State Representatives. Feel free to refer to even more frequently asked questions here.

The legislature of the State of Michigan hereby applies to Congress, under the provisions of Article V of the Constitution of the United States, for the calling of a Convention of the states, limited to proposing amendments to the Constitution of the United States that impose fiscal restraints on the federal government, limit the power and jurisdiction of the federal government and limit the terms of office for its officials and members of Congress.

Michigan State Representative Matt Hall of Marshall, MI, 63rd district, has introduced the Article V Convention of States Resolution in Michigan and has 27 co-sponsors. It requires 56 votes in the House and 20 votes in the State Senate to be passed.

As a Resolution, it does not have to be signed by Governor Whitmer, and she cannot veto it. Neither the U.S. House, the Senate, nor even the President can block it.

The Resolution has already passed in 19 states, and 9 states have passed it in one of their two chambers. More than 20 states are expected to take up the Resolution in 2022.

This is where YOU come in. We need you! Come and find out how you can be part of this historic effort to restore this nation to its dynamic potential as the bastion of Freedom, Liberty, and Opportunity! The COS project has roles for anybody to fill.

If you have any questions or would like to get involved, contact Region 3 Captain, Chet Grant, at (248) 892-2302 or email at chet.grant@cosaction.com. More information at: www.ConventionOfStates.com.

About Convention of States Action

Convention of States Action is a 501(c)(4) non-profit organization founded for the purpose of stopping the runaway power of the federal government. Our mission is to inspire a spiritual and political awakening in America and build an engaged army of self-governing grassroots activists that support a Convention of States. Learn more HERE.