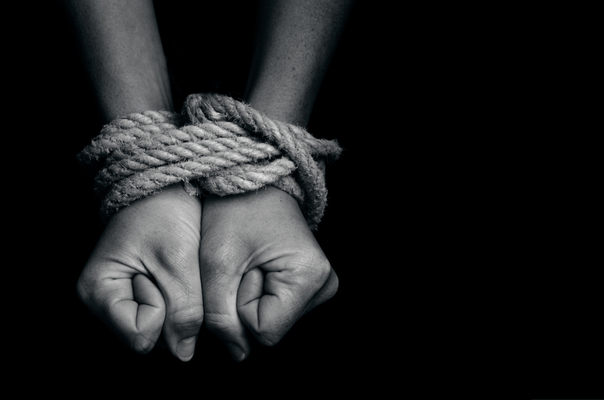 It's become a commonplace in American politics to say that our country is divided. The increasing animosity between Democrats and Republicans -- both in Washington and across the country -- has been blamed on a wide variety of factors, many of which are valid.

But one of the most troubling reasons is rarely mentioned by the mainstream media: the increasing power of the federal government.

As Shaun Cammack explains in a powerful op-ed for the online magazine Aero, the near-unstoppable power in Washington has created a messiah-complex among the American electorate and turned national politics into a zero-sum game that's spiraling towards tyranny:

When the American people are convinced that the governance of the state rests on a single office, they perceive government as a zero-sum game—one side wins and the other loses. The voters then invest all their emotional and mental energy in their party’s presidential candidate, who, in modern America, is held up as a savior in the face of evil, or as Marianne Williamson warns, “a dark psychic force.” This apocalyptic catastrophization leads to increasingly extreme rhetoric and animosity between the camps.

We’ve become mired in a feedback loop where the government grows, raising the stakes of the presidential election, exacerbating the desire for a savior, and ending in the election of yet another proto-authoritarian who grows the government. This paradigm requires both a savior promising the world and voters granting him power. But in falling for this illusion, we run a dire risk. In the worst case scenario, bloated authoritarian government  begets tyranny. But, at the very least, it means rights violations, over-regulation, inefficiency, waste and massive spending—which for us has led to about twenty-two trillion dollars of debt.

The solution to this madness won't be found in D.C. Federal politicians like the power they've acquired over the last 100 years, and they won't give it up without a fight.

Fortunately, as Cammack explains, an Article V Convention of States can stop the viscous cycle and keep Washington from continuing to expand.

The potential solution on the executive side of the paradigm is more likely and already in the works. If we can restrict the power of the purse, we could finally limit the government’s capacity to expand beyond its means, which would certainly help curtail executive authority and the messianic allure that comes along with it. A recent movement based on Article V of the Constitution advocates convening a state convention to vote on new amendments that would impose fiscal and jurisdiction restraints and term limits on the federal government. This measure already has the support of almost half of the 34 states required to approve it, with more states set to sign on this year. Such restraints, though imposed on the federal government as a whole, would reduce the power of the presidency and help to break this vicious cycle.

Along with 15 states, over 4 million people have signed on to support the Convention of States movement. Want to become one of them? Sign the petition below!