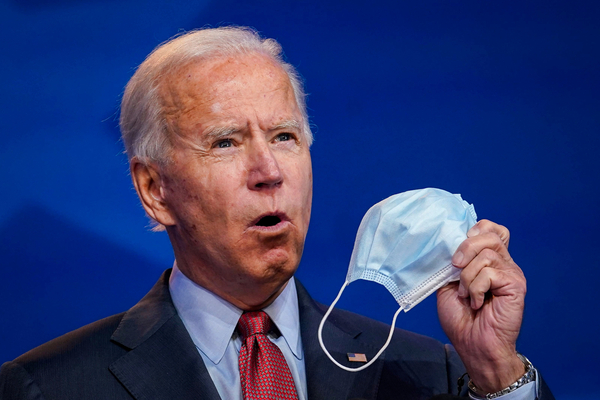 From the beginning of the COVID-19, the federal government has lied, misled, and tried to manage the American people.

Rather than treat us like adults, give us all of the information, and let us make our own decisions, the bureaucrats and politicians in D.C. have spread fear in an attempt to control how Americans think and what they do.

The American people aren't stupid. They see through the COVID baloney, and they no longer trust their federal officials to tell them the truth about the pandemic.

But don't take our word for it. A new poll from Convention of States Action and the Trafalgar Group confirms this mistrust. According to the poll, over half of Americans are not confident the federal government is giving them unbiased information on the COVID-19 vaccines. That includes 72% of Republicans and 53% of Independents. 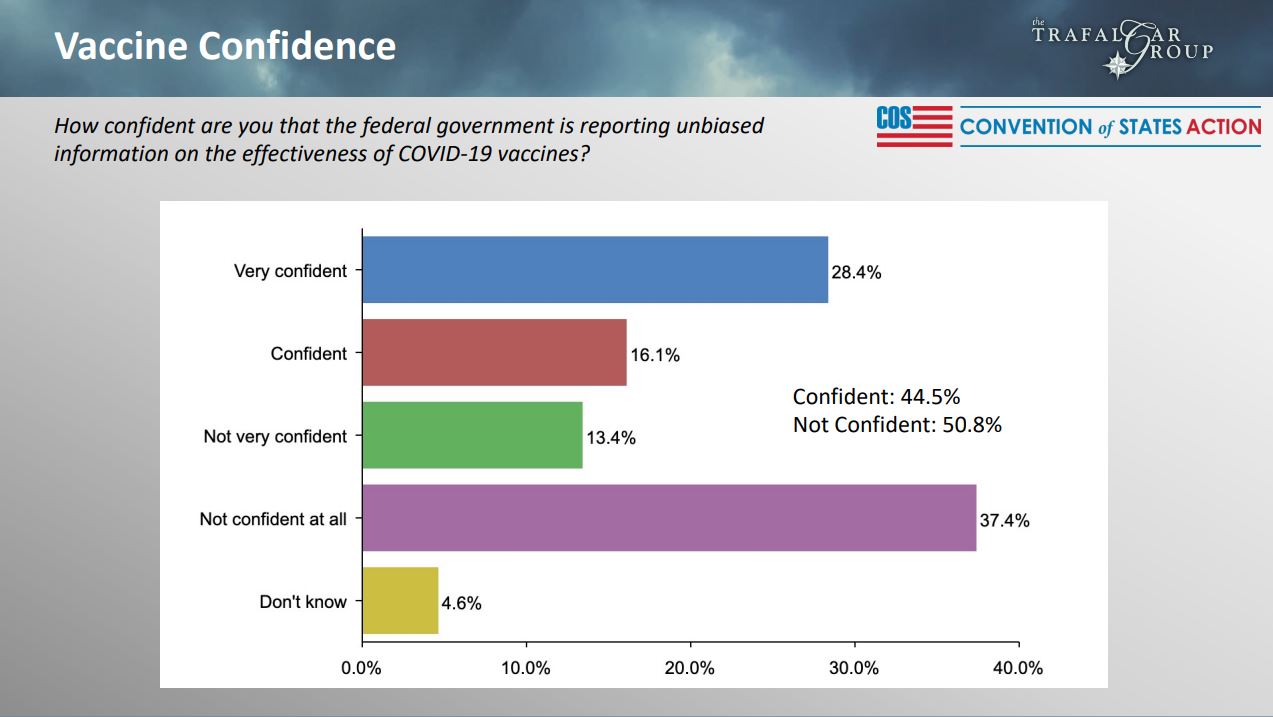 "Washington, DC has consistently released inconsistent, confusing, and conflicting information since the beginning of the pandemic. Is it any wonder that Americans are skeptical that ever-shifting announcements related to the effectiveness of COVID-19 vaccines are any different? Instead of focusing on so-called misinformation spreading among citizens—who are attempting to discern fact from fiction—our leaders should focus instead on being truthful and scientific,” said Mark Meckler, President of Convention of States Action.

The federal government's lies and deceit are about to come back to bite them. The Convention of States Project has seen tremendous growth over the last year as more and more Americans realize the power they have under Article V of the Constitution.

Article V empowers the people and the states to convene a Convention of States for the purpose of proposing constitutional amendments. These amendments can limit the power, scope, and jurisdiction of the federal government, impose fiscal restraints on Congress, and limit the terms of office for federal officials.

Did you know that there are 30 separate agencies in the Department of Health and Human Services, including the CDC, the NIH, and the FDA? Many of these agencies perform exactly the same function or overlap with a variety of state and local programs. A Convention of States can propose constitutional amendments that significantly reduce the power and scope of these agencies and eliminate others altogether.

Americans don't need more health care bureaucrats telling them what to do. They need freedom and self-governance, and that's exactly what we can claim for ourselves with a Convention of States.